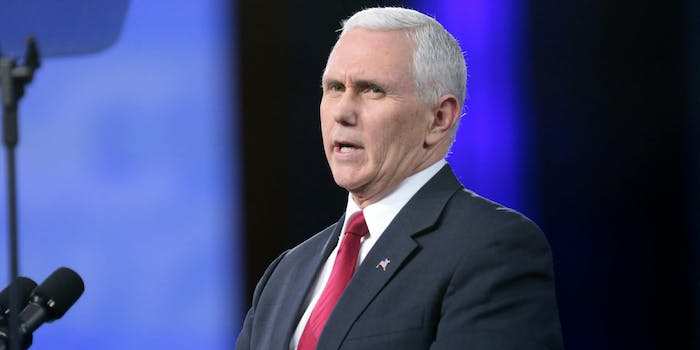 NASA points out several reasons climate change might be an issue for everyone.

Vice President Mike Pence thinks climate change has become an issue for liberal Americans “for some reason or another.”

During an interview that aired on Fox & Friends on Friday, Pence said climate change had become a “paramount issue for the left in this country and around the world.”

Nearly all climate scientists agree that the climate is changing at a rapid pace and failure to mitigate that would have disastrous consequences for hundreds of millions of people. NASA says on its website that climate change has already created “observable effects” on the environment and lists the impact rising temperatures will have on each region of the United States.

Pence’s comments came shortly after President Donald Trump announced his controversial decision to have the United States withdraw from the Paris Climate Accord—an agreement among 195 nations to help reduce greenhouse gas emissions that cause climate change.

Trump and Pence claim the accord puts a burden on the American economy.

.@VP: "For some reason, this issue of climate change has emerged as a paramount issue for the left – in this country and around the world." pic.twitter.com/1UgRsgVkj1

Trump’s decision to withdraw from the climate agreement has met fierce push-back from world leaders and climate scientists. The United States is one of the largest emitters of greenhouse gasses.

However, despite Trump’s decision, some private citizens, states, cities, and businesses are attempting to make up the difference in funding to the global effort to combat climate change in light the United States’ impending withdrawal.