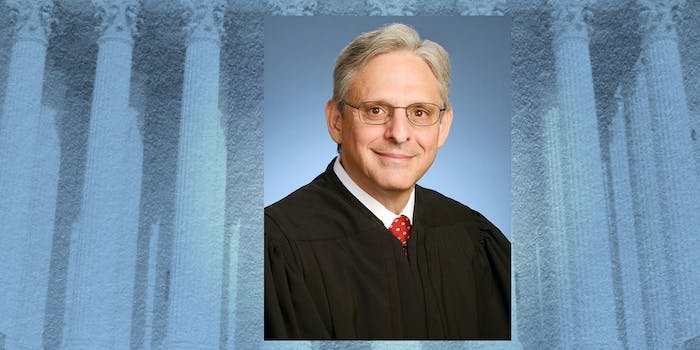 Mike Davis had previously helped to get Neil Gorsuch’s nomination for the Supreme Court Justice, and also worked for the nomination of Judge Kavanaugh

A lawyer who had previously gotten backlash for explicitly showing his unwavering support for then-Supreme Court nominee Brett Kavanaugh while he was being accused of sexual assault, is getting flak online for tweeting a doctored photo of Mitch McConnell holding Judge Merrick Garland’s severed head.

Mike Davis retweeted the photo by user @FrequentDissent on Twitter, where McConnell is seen wearing a bloodied shirt holding Garland’s severed head by his hair. Both the original and the retweet were unavailable on Saturday afternoon, though Reuters journalist Lawrence Hurley shared a screenshot of the exchange.

This retweet from lawyer who worked to help get Gorsuch confirmed, clerked for Gorsuch and worked for Grassley to get Kavanaugh confirmed appears to have been deleted. It depicts Mitch McConnell holding the severed head of Judge Merrick Garland pic.twitter.com/NCVC7Lnbh5

Garland was President Barack Obama’s nomination for the Supreme Court in 2016 following the death of Supreme Court Justice Antonin Scalia, which was held back by McConnell, who maintained that the nomination should come from the next president. Garland has since faded from the scene. Recently, McConnell went viral on social media for signing a T-shirt joking about Garland’s death.

Davis, who had previously helped to get Neil Gorsuch’s confirmed to the Supreme Court, also worked for Sen. Chuck Grassley (R-Iowa) as the chief nominations counsel on the nomination of Kavanaugh, according to the National Law Journal. He stood by the nomination despite the allegations of sexual assault against Kavanaugh by Dr. Christine Blasey Ford. His explicit, unwavering support for Kavanaugh received backlash amid concerns that Dr. Ford might not get a fair hearing.

Davis doesn’t just have a pattern of supporting controversial nominees for the Supreme Court, he also has a tendency to repeatedly delete his tweets.

“Unfazed and determined,” he wrote in a tweet amid allegations that rose against Kavanaugh. “We will confirm Judge Kavanaugh.”

He promptly deleted the tweet while people on Twitter questioned his objectivity in the procedure. His retweet showing the doctored photo of McConnell has also been deleted. He might know how to stand by people facing allegations of sexual assault, but he clearly doesn’t feel as sure about what he shares on his own social media.