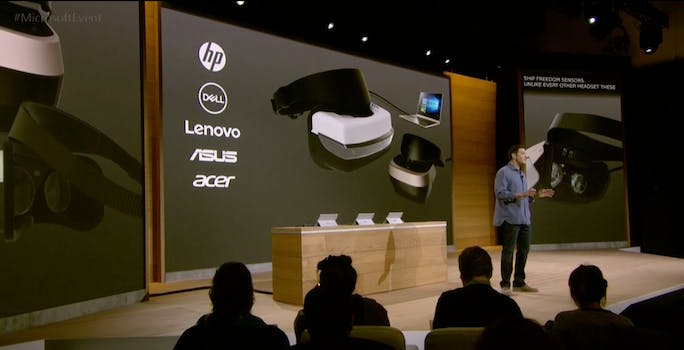 Microsoft may have just changed the VR industry forever

Things are about to get wild in the VR market.

We’re still in the earliest days of the “VR revolution,” and with Sony, HTC, and Oculus all jostling for the top spot, Microsoft has seen an opportunity to take over. Today, at the company’s new product showcase, Microsoft announced it has partnered with not just one or two different device makers for all-new VR headsets, but a total of five. 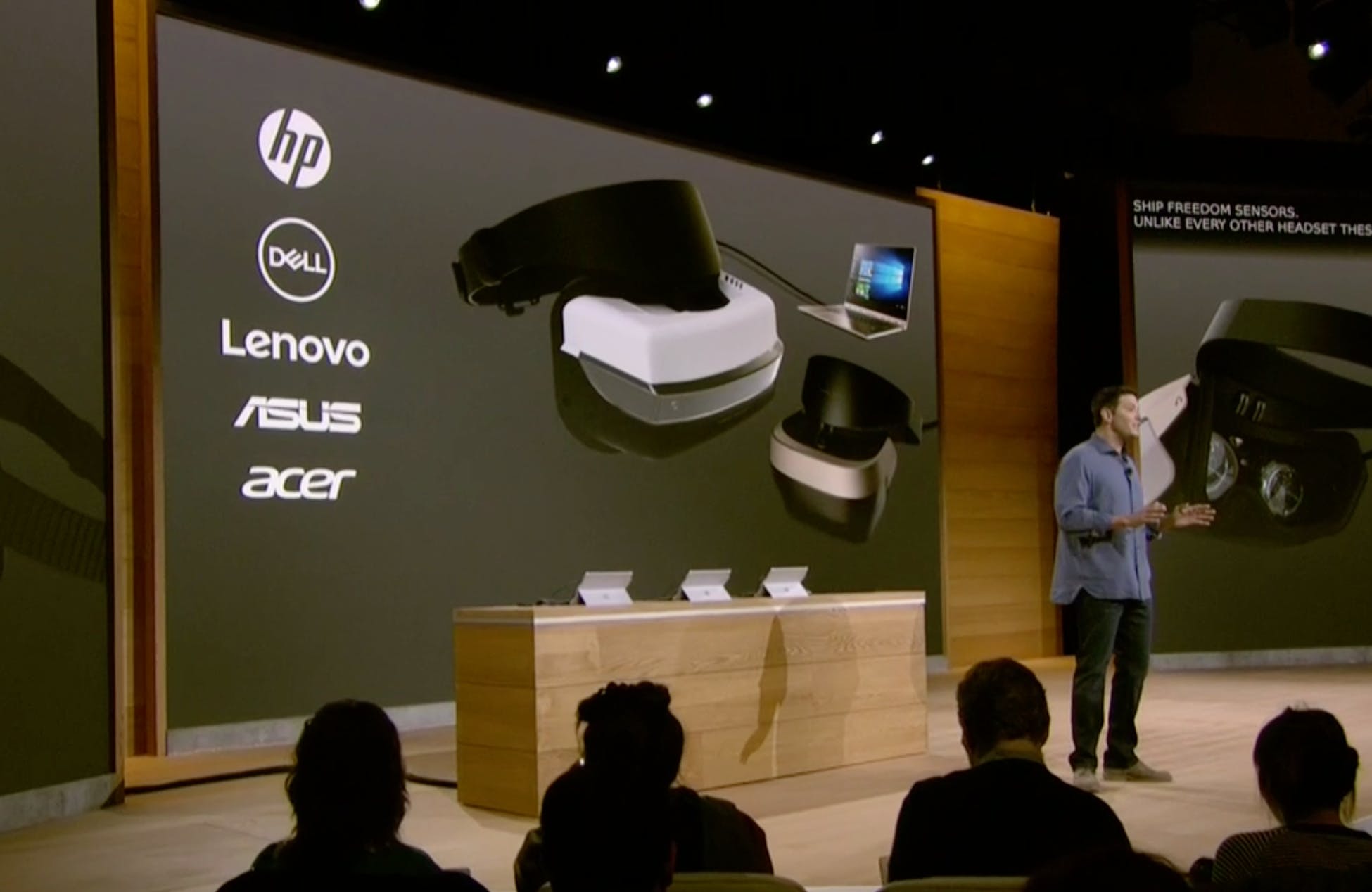 Microsoft’s upcoming Windows 10 update, dubbed the “Creators Update,” is all about expression. It adds new tools for creative types, including apps like Paint 3D which make it possible for even the most amateur artists to conjure objects with depth and weight.

There’s also a renewed push for virtual reality applications, and that’s where Microsoft thinks it can really impress people. To that end, the company has reached deals with the likes of HP, Dell, Lenovo, Asus, and Acer to create all-new virtual reality headsets in different shapes and sizes, starting at a totally reasonable $299. 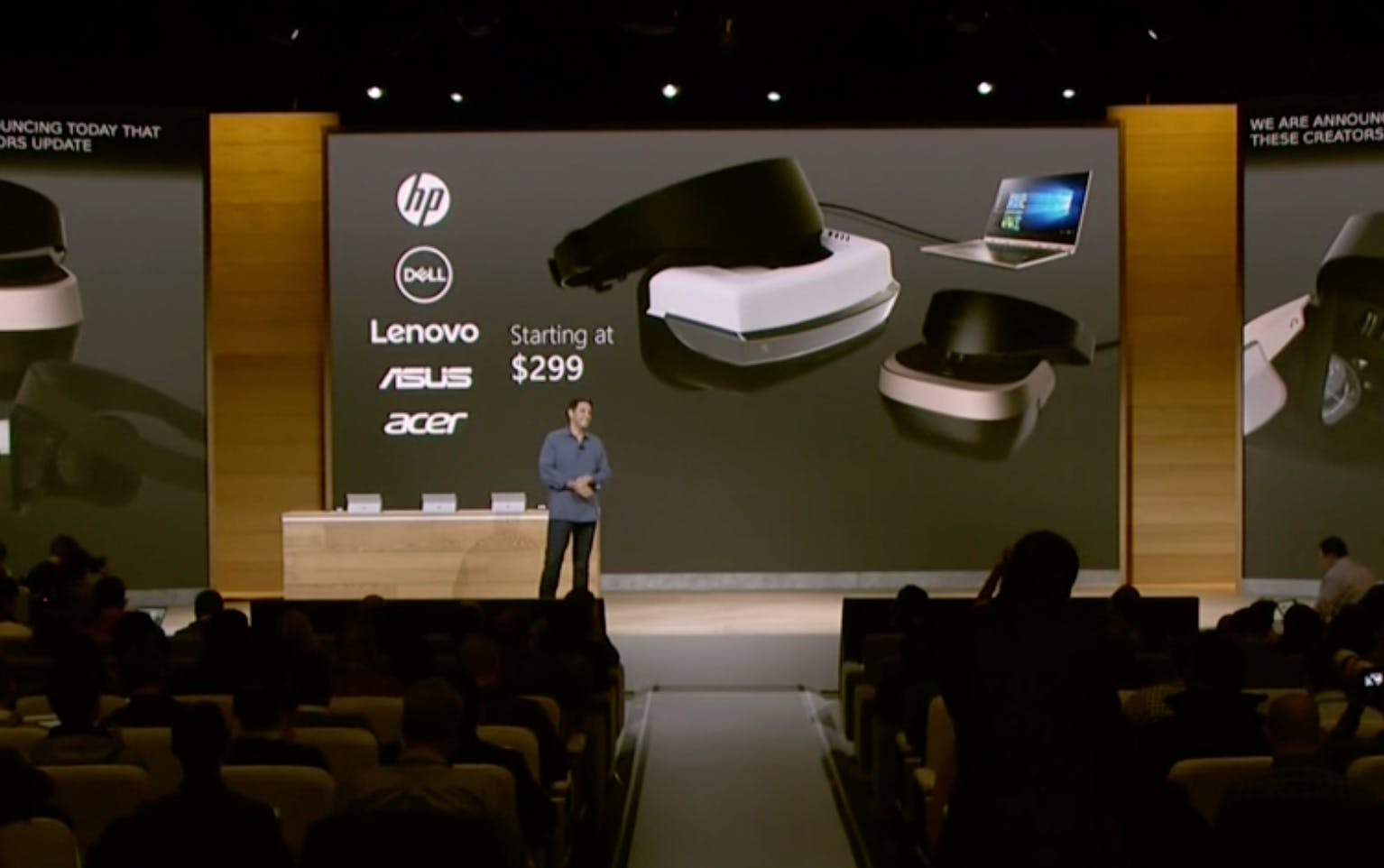 Up until now, the options for tethered VR headsets—the kind that use your computer, rather than a smartphone—have been relatively slim. It’s been a dogfight between HTC and Oculus, for the most part, but that’s about to change in a big way.

Competition in the market is always a good thing, and with five new players joining the fray by the 2017 launch of the Windows 10 Creators Update, embracing virtual reality is about to be more affordable and easier to use than ever before.