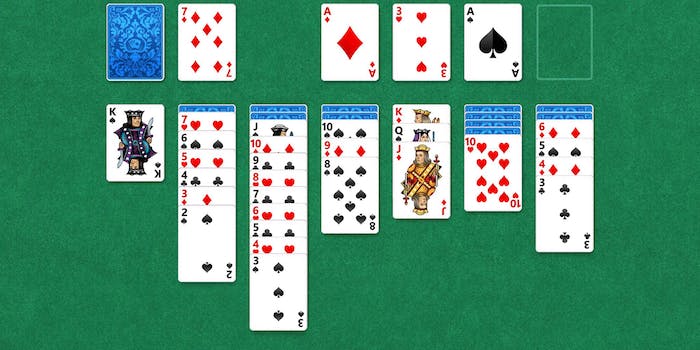 Hardcore Solitaire players, we have some bad news.

Windows 10 introduced a slew of new features, but the update to Solitaire was less than stellar.

Microsoft‘s most famous built-in game is now “freemium,” meaning that, while the game is free, certain features are locked behind a paywall. For $1.49 a month, or $9.99 a year, users can upgrade to a premium version now called the Microsoft Solitaire Collection. The premium game features no ads, more coins for completing daily challenges, and boosts for when players play Tripeaks and Pyramid.

Microsoft Solitaire has been a free part of Windows since 3.0. It wasn’t included with Windows 8 by default, but was available as a free download via Microsoft’s store. With Windows 10, it’s back, and more feature-packed than ever—there are new game modes, leaderboards, and achievements.

To be fair, paid additions were also included in the Windows 8 version of Microsoft Solitaire, but there were fewer of them, and that version had to be downloaded separately.

Considering the sheer number of people who use Microsoft’s operating system, it wouldn’t be surprising if a small percentage paid for the upgrade to remove ads from Solitaire. At least, that’s what we assume Microsoft must be thinking: bilk a few extra dollars from its massive user base for practically no extra work.