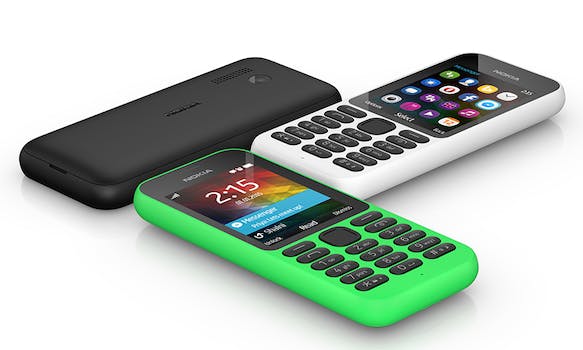 Microsoft has just unveiled its newest feature phone for developing markets. It's $29 and Internet-ready.

Microsoft has announced its newest addition, the Nokia 215. It’s not a smartphone, it’s an old-school brick phone. You know, the mobile tech that everyone was using before the iPhone changed everything back in 2007.

The Nokia 215 is about as feature-packed as you can get for $29. It has Facebook, a messaging app, the Opera Mini Web browser, and Twitter. Since the phone has such a small footprint, you’ll get 20 hours of talk time and 29 days of standby time.

Microsoft acquired Nokia devices last year, and you can still expect Nokia to have the same durability that the brand has become synonymous with.

The 215 is expected to launch in the Middle East, Asia, Europe, and Africa within the first quarter of 2015. Sadly, it won’t be arriving in the Americas, so you will have to import it if you want to make it your kids’ first cellphone.

Feature phones are still incredibly popular overseas due to their affordability and ease of use. 3G and 4G data is much more expensive in countries like Pakistan, so finding phones that use the lowest amount of bandwidth is preferable. Also, many countries have high theft rates, so it’s easier to manage losing a $29 215 versus a $600 iPhone.