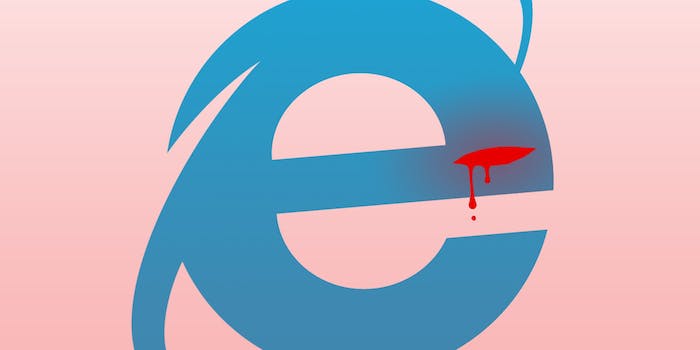 Microsoft is dropping the Internet Explorer brand and will be moving on to something more marketable.

Looks like Internet Explorer is going the way of Clippy.

At Microsoft Convergence, a conference dedicated to inter-company collaboration, marketing chief Chris Capossela revealed that the software giant would be largely killing of the Internet Explorer brand.

For Windows 10, Microsoft will be introducing a new browser, currently dubbed Project Spartan, an homage to Halo’s Master Chief.

Internet Explorer has been around since 1995. It was one of the first browsers to try and make the Internet more user friendly. But over time, competition has become fierce and IE’s popularity has dwindled, to the point of becoming a punchline.

It’s meteoric rise was followed by a slow and lumbering fall. By the end of 2014, Internet Explorer had dropped to around 22 percent of the market share.

Branding has been a significant problem for IE. Even expensive marketing campaigns couldn’t convince users to switch from browsers that were zippier and better integrated. It really didn’t matter how good Internet Explorer had become, the damage had already been done.

Right now Microsoft’s marketing team is “researching what the new brand, or the new name, for our browser should be in Windows 10.” After some focus group testing, it found that using “Microsoft” as the prefix to the browser’s name went over well with many, even with Chrome users.

It’s the latest in a line of brand axes: Late last year, Microsoft killed off the Windows Phones and the Nokia brands for Microsoft Lumia instead.

Of course, Microsoft needs to keep some form of Internet Explorer alive for enterprise users. The corporate and IT worlds in general rely on IE, so Microsoft won’t be straight killing the service. How exactly Microsoft rebrands the browser remains to be seen. With Windows 10 slated to come out later this year, it won’t be too long before we have an answer.