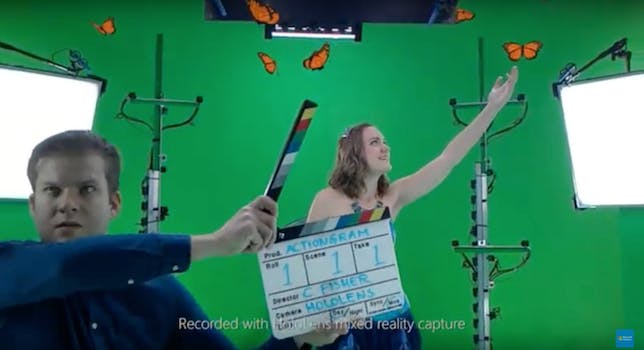 The Mannequin Challenge, this year’s meme du jour, is still going strong. Less than a week after we thought nothing could top this dog’s epic (and incredibly well-trained) mannequin abilities, Microsoft sweeps in to show us one of the most creative attempts at the challenge yet.

For those who aren’t familiar, the Mannequin Challenge is a social media task to video friends, family, or party-goers as if they’re frozen in time. It’s been entertainingly attempted on a plane (by the Dallas Cowboys) and even on a moving boat.

Microsoft, however, took a different approach. Using Hololens technology, it blended a real-life scene with virtual objects, all posing mannequin-like. You can see butterflies, dragons, and even a superimposed George Takei in the “Actiongram” video below.

Whether programming a stack of pancakes to float in the air is more or less challenging than teaching a dog to stay perfectly still is arguable. Still, you can’t deny this Mannequin Challenge’s got style.