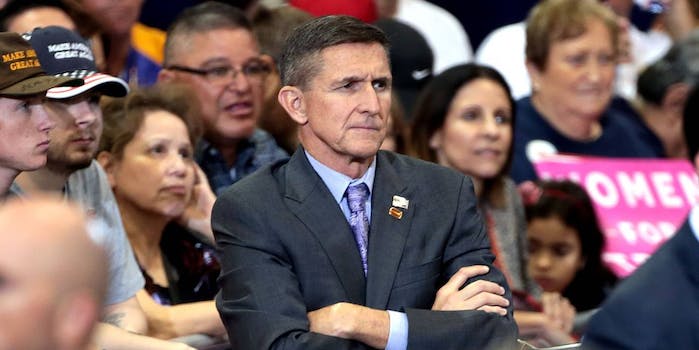 Michael Flynn has resigned as President Donald Trump‘s national security adviser following reports that he discussed United States foreign policy with a Russian official and misled Vice President Mike Pence about the contents of the conversation.

Flynn’s resignation comes as a result of his conversation with Sergey Kislyak, Russia’s ambassador to the U.S., regarding former President Barack Obama‘s sanctions against Russia imposed in response to the Kremlin’s attempt to tamper with the 2016 presidential election.

Two days after Flynn’s call with Kislyak was revealed in a Washington Post op-ed by David Ignatius, Pence defended him in a Jan. 15 appearance on CBS’s on Face the Nation, stating that Flynn “did not discuss anything having to do with the United States’ decision to expel diplomats or impose censure against Russia.”

Earlier on Monday, the Post revealed that the Department of Justice warned the White House about Flynn’s call with Kislyak and that he was potentially vulnerable to blackmail by Russia’s government.

The warning came from then-acting Attorney General Sally Yates, whom the Trump administration fired after she sent a letter to her DOJ colleagues indicating she could not defend Trump’s immigration executive order in court over concerns about its legality.

The FBI had been monitoring Kislyak’s calls, reportedly allowing investigators to decipher that Flynn had discussed Obama’s sanctions against Russian operatives, a violation of a federal law known as the Logan Act. The FBI was reportedly investigating links between the Trump campaign and Moscow.

In his resignation letter, Flynn fell short of saying he intentionally misled Pence, and instead provided the vice president with “incomplete information regarding my phone calls with the Russian Ambassador.”

“I have sincerely apologized to the President and the Vice President, and they have accepted my apology,” Flynn said. 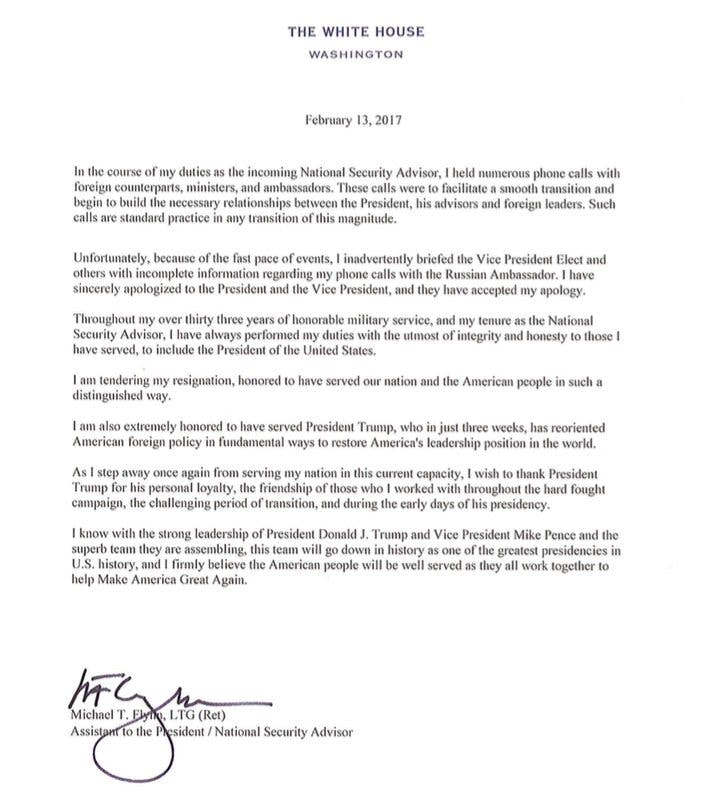 Retired Lt. Gen. Joseph Kellogg, who advised Trump on foreign policy during his 2016 campaign, will serve as the president’s acting national security adviser in lieu of a permanent replacement.