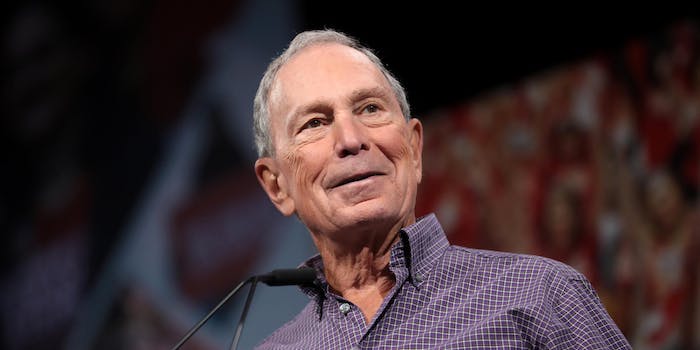 His campaign had a lot of advertising, but was short lived.

Michael Bloomberg, the billionaire former mayor of New York City, suspended his 2020 presidential bid on Wednesday after a disappointing showing during Super Tuesday.

Bloomberg, a late entry into the 2020 fray, spent hundreds of millions of dollars in advertising centered around Super Tuesday states. After all of that, he only ended up winning American Samoa. He failed to make much of a dent in any other state.

In a statement announcing the suspension of his campaign, Bloomberg also endorsed former Vice President Joe Biden, who performed well on Tuesday in several states.

“I’ve always believed that defeating Donald Trump starts with uniting behind the candidate with the best shot to do it. After yesterday’s vote, it is clear that candidate is my friend and a great American Joe Biden,” Bloomberg said in the statement.

“I’ve known Joe for a very long time. I know his decency, his honesty, and his commitment to the issues that are so important to our country—including gun safety, health care, climate change, and good jobs … Today I’m glad to endorse him—and I will work to make him the next president of the United States.”

Warren bashed Bloomberg for nondisclosure agreements his employees signed, and during a debate in Nevada, Sanders called Bloomberg’s wealth “grotesque” while standing just a few podiums away from him.