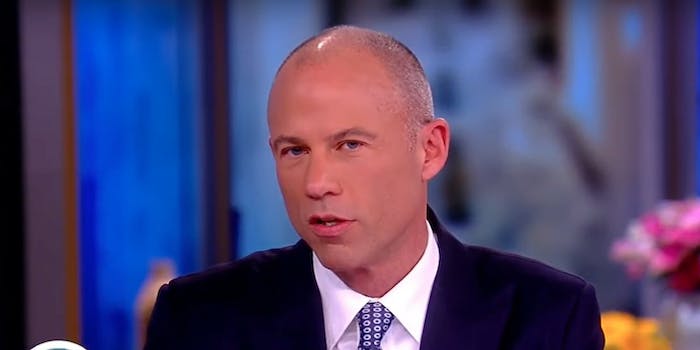 Michael Avenatti came under fire on Thursday after being quoted as saying that the Democratic presidential nominee in 2020 “better be a white male” during a lengthy profile for Time magazine.

Avenatti goes on to explain in the 3,000-word article that he believes being a white male has allowed him to succeed in defending or advocating for his female and immigrant clients.

There was widespread backlash to the comments, among those on the political left and the right.

With Avenatti saying a white male must be the Dem candidate in 2020, I am more enthusiastic than ever about @SenKamalaHarris.

Let me be unmistakably clear on something.

Here he just said that the 2020 Democratic nominee “better be a white male.”

This man is a clown. He’s Better Call Saul. And now we are learning he’s also a sexist bigot. https://t.co/LJY5WRbQe8

Let me be clear: I have consistently called on white males like me to step, take responsibility, and be a part of stoping the sexism and bigotry that other white males engage in. It is especially important for them to call out other white males. I make this pt in my speeches.

Asked about the remarks and the article by CNN, Avenatti said, “I was misquoted, and it was taken out of context.”

“A big tenet of my speeches is that we need more white men standing up and speaking up to defend women and minorities,” he told the network. “When they do that, it carries weight among other white men.”

“I never said that, that’s complete bullshit,” he reportedly told the Daily Caller, repeating that the comments as printed were “not what [he] said.”