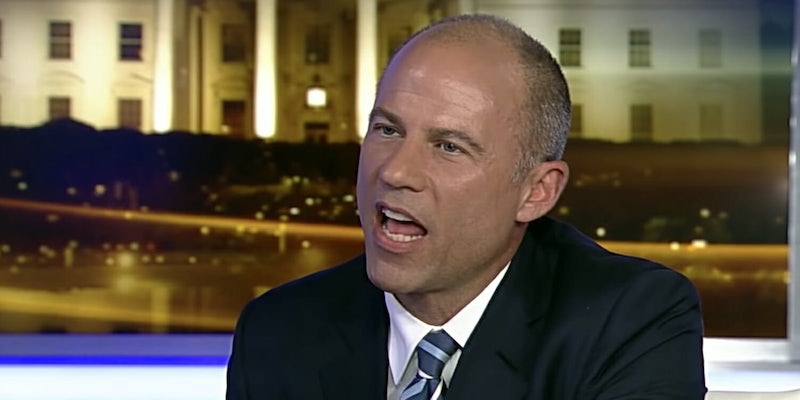 The quip came in the midst of the oft-heated interview that was marked by both men talking and shouting over each other. Avenatti also slammed Carlson for his coverage of Daniels—who claims she had an affair with Trump. Michael Cohen, Trump’s former personal lawyer, said the president ordered him to pay Daniels $130,000 to buy her silence about the affair ahead of the 2016 election. Cohen also pled guilty to two campaign finance violations.

“What is the crime, the harm, the injury to your client by Donald Trump?” Carlson asked. “As far as I understand this was a consensual sexual relationship… I’m not attacking stormy Daniels, I feel sorry for her.”

Carlson also said he believed the attorney was “exploiting” Daniels, saying she had to work at “strip clubs in little towns” while he was “wearing a $1,000 suit.”

Avenatti said his client wants to perform at the clubs.

“She wants to, Tucker. This is America, and guess what? If a woman wants to perform in a strip club she does so even though people like you demean her,” he shot back.

After the interview, Avenatti claims Carlson lied to him over “name-calling,” pointing out the host’s choice of chryon.

The extent there was any doubt as to the lack of professionalism of @TuckerCarlson or @FoxNews before tonight, there is no longer. What happened with the chyron tonight was a disgrace. Complete garbage – trash television. A new low.