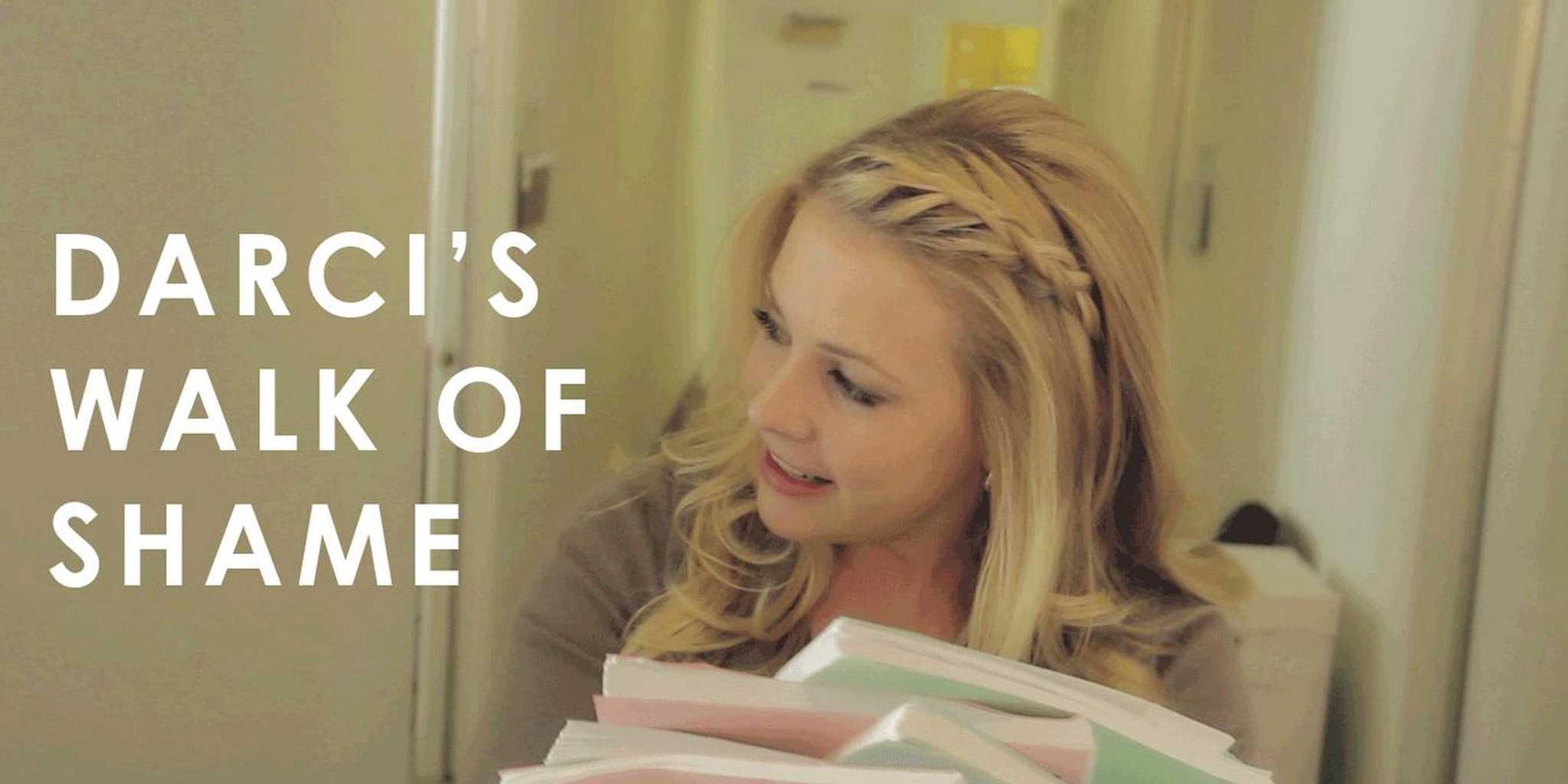 A celebrity's multimillion-dollar Kickstarter project has finally failed. But why?

It’s finally happened. Kickstarter users have said “No thanks!” to a celebrity’s film project.

The crowdfunding campaign for the film Darci’s Walk of Shame, which had Melissa Joan Hart attached to it, was cancelled Monday after raising only $51,605 from 315 backers in a little over a month. The hope was to raise $2 million.

For the unfamiliar, Melissa Joan Hart was a 1990s teen star best known for her roles in Nickelodeon’s Clarissa Explains It All and TGIF mainstay Sabrina the Teenage Witch. Darci’s Walk of Shame—written by Dan Rosen— was supposed to be a comeback vehicle for the actress, who’s seen herself relegated to cable television.

“I know it seems like a leap of faith but I am asking you to do what Hollywood won’t, and that is to take a chance on me as the lead of a romantic comedy film,” Hart explains in the Kickstarter page. Her last major role in a romcom was in 1999’s You Drive Me Crazy.

Hart also acknowledges that she and her crew took the popular crowdfunding platform because they were galvanized by the success of the Veronica Mars movie, which raised $5.7 million earlier this year from more than 91,500 supporters earlier this year.

So, why did Darci’s Walk of Shame fail when others succeeded? It could be for a number of reasons.

The most obvious is that this film isn’t Veronica Mars. When series creator Rob Thomas launched his Kickstarter campaign in March, impassioned fans came out in droves to back the movie, as evidenced by the fact that it was the fastest project to cross the $2 million threshold on Kickstarter. They had been waiting for Veronica Mars to be resurrected and they acted accordingly when the opportunity arose.

Another explanation could be that Darci’s Walk of Shame doesn’t appear to be a passion project. Melissa Joan Hart was more fervent about once again having top billing than she was about the film itself. This fact is made more apparent by the pitch video in which the actress’s mother explains to her why she should attach herself to the film.

This varies starkly from Zach Braff, who explains in great detail in his pitch video for his now-successfully funded film that he choose to go with Kickstarter over traditional financing because it afforded absolute creative control. Braff wants to dictate every aspect of Wish I Were Here because it’s his. Hart would have been the star of Darci, not an auteur.

Then there’s the cruel possibility that Melissa Joan Hart might not be famous enough. Kristen Bell has been actively working since Veronica Mars has been off the air. She also became an unwitting viral sensation thanks to an adorable meltdown caused by a sloth during a segment of the Ellen show. Despite the fact that Scrubs has been off the air for more than three years, the actor has been hyperactive on social media platforms like Reddit and Twitter.

As for Melissa Joan Hart, the last time she was in the news was when she tweeted that she backed Mitt Romney in the 2012 presidential election. No offense to the actress, but her current level of fame is better suited for a ‘90s nostalgia question at pub trivia than to be the driving force of a $2 million Kickstarter project.

Whatever the case may be, the failure of Darci’s Walk of Shame sends a resounding message to celebrities that name recognition alone isn’t enough to crowdfund a multimillion-dollar project.