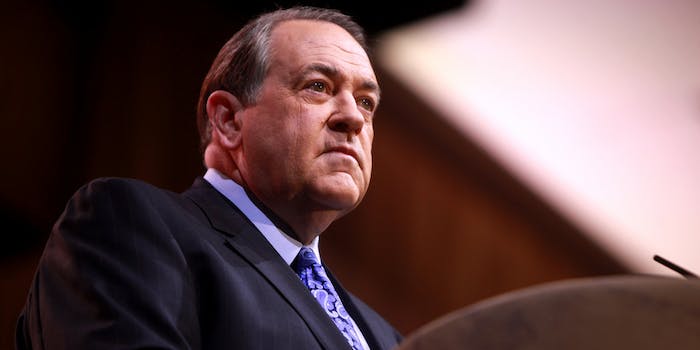 They really are very similar.

Monday night, when time came for Fox News host Megyn Kelly to introduce former Republican presidential candidate and fellow host Mike Huckabee, her wiring malfunctioned for a split-second, and she just blurted it out.

“Joining me now, former Arkansas Governor Mike Huckabee, who is the host of fucka—,” she said, flinched, and quickly recovered, “of Huckabee.”

Huckabee cracks a toothy grin upon hearing Kelly’s accidental slip up. Then again, it also just looked as though he was slightly out-of-sync with his awkward TV mic.

Megyn Kelly is one of the most likeable pundits within the moderately-likeable Fox News family (at least in my household), so we’ll cut her some slack. After all, it’s reasonable to assume that anyone who’s ever heard Huckabee’s name fought to keep it SFW.

As someone who’s last name is similarly cursed with such ‘f**k’-able phonetics, I can honestly say I know your pain, Mr. F**kabee.