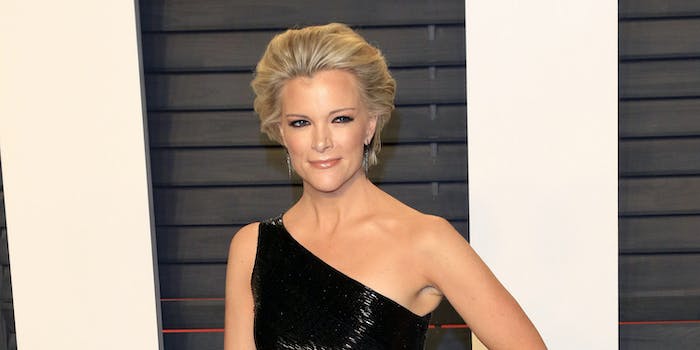 Kelly will reportedly host her own Sunday program and daily news show at NBC News.

NBC later confirmed the move in a press release. Kelly worked at Fox News for 12 years and became one of its highest-profile stars. Fox News had reportedly offered her $20 million to renew her contract with the conservative cable news network.

“Megyn is an exceptional journalist and news anchor, who has had an extraordinary career” Andrew Lack, chairman of the NBCUniversal News Group, said in a statement. “She’s demonstrated tremendous skill and poise, and we’re lucky to have her.”

Kelly will host a Sunday night news show and her own daytime news program, sources from the network told the Times. Kelly denied rumors last month that her departure from Fox News was imminent following a shakeup at the network.

President-Elect Donald Trump attacked the popular anchor of Fox News’ The Kelly File was attacked on Twitter after she questioned Trump’s treatment of women during last year’s presidential primary debates.

Kelly later revealed that Trump was also “angry” at her because of a segment she ran during her show about his divorce from Ivana Trump.

“Ultimately, I said, ‘Look, Mr. Trump, you don’t control the editorial in ‘The Kelly File,’” Kelly told CNN’s Anderson Cooper in November. “And that was it. He said, ‘That’s it. You’re a disgrace. You ought to be ashamed of yourself.’ And then, he said, ‘Oh, I almost unleashed my beautiful Twitter account against you and I still may.’”

Kelly’s contract with Fox News does not expire until this summer, and it is not yet clear when her role at NBC News will begin.