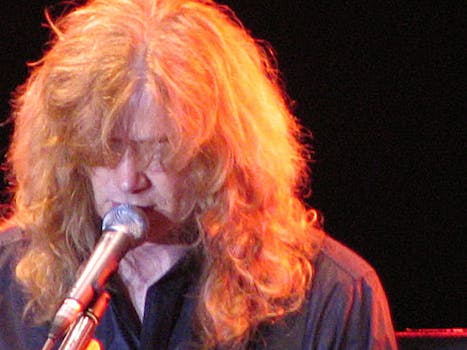 To quote Chris Regan, "Sheets smell, but who's wiping?"

In a move that seems to have shocked everyone on Twitter, Megadeth singer-guitarist Dave Mustaine has endorsed former Pennsylvania Senator Rick Santorum for president.

In an interview published yesterday in Music Radar, Mustaine said of the upcoming election, “I’m hoping that if it does come down to it, we’ll see a Republican in the White House… and that it’s Rick Santorum.”

On face value, the two seem to have little in common. However, Mustaine is a self-proclaimed born-again Christian, and Santorum polls especially well with Evangelicals. And both men are almost as well-known for their failures as their successes: Mustaine was famously kicked out of Metallica before band recorded its first album, and Santorum lost his Senate reelection bid by reportedly the largest margin by an incumbent Republican in Senate history.

Here are some of Twitter’s best quips about Mustaine and Santorum.