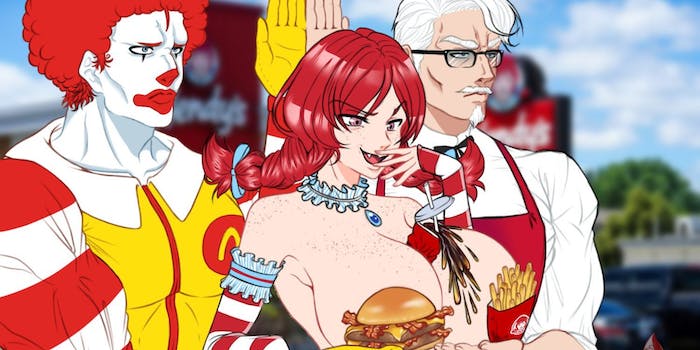 The tweet, which was intended to feature images of Bowser at an Independence Day parade, inadvertently included an illustration of several fast food mascots as well as a photo of recording artists The Weeknd and Doja Cat.

An archive of the tweet on Politiwoops, a service that tracks deleted tweets by public officials, indicates that the images were deleted just one minute later.

But screenshots of the tweet went viral on the platform with numerous users jokingly speculating over whether an intern was to blame.

The eyebrow-raising illustration featured Ronald McDonald, Colonel Sanders, and a topless Wendy covered by a burger and fries.

The image is based on a meme known as “Servants Holding Aphrodite’s Breasts,” which originated from the anime adaptation of the manga series Record of Ragnarok on Netflix.

The creator of the meme’s fast food version, an NSFW artist known as Purple Vulpes, reacted in shock at Bowser’s tweet.

“I’m from Mexico so I didn’t even know that Major [sic] Bowser was real until now,” they told the Daily Dot. “I just drew that for fun but I didn’t think it would go that far tbh. And I guess I’ve gathered quite a growing thanks for it.”