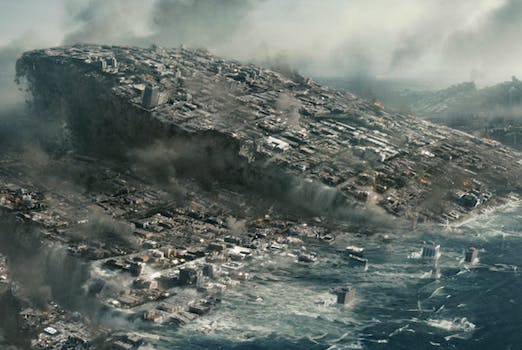 Chinese hysteria about the Mayan apocalypse has gotten so bad the U.N. has take to social media to deny rumors that it’s distributing tickets for a doomsday ark.

Chinese hysteria about the Mayan apocalypse has gotten so bad the U.N. has take to social media to deny rumors that it’s distributing tickets for a doomsday ark.

The tickets are widely available on Sina Weibo, China’s largest Twitter-like microblogging service, and have a face value of about $1.6 billion. Enterprising Weibo users have lowered the price to about $1.60, according to a report in the South China Morning Post. (The Mayan calendar famously predicted the world would end on Dec. 21, 2012.)

“United Nations 2012 China Tibetan Noah’s Ark,” the tickets read. They’re plastered with images taken from the movie 2012, which featured an armada of arks built in the mountains of Tibet. The movie was a huge success in China, and apparently it’s message of imminent global catastrophe was taken quite literally from a sizable swath of the country’s population.

“The United Nations sincerely has not issued any boat tickets,” the organization posted to its verified Weibo account, along with a screen grab of the tickets, which was shared nearly 50,000 times and collected about 18,000 comments.

The U.N. isn’t the only official agency taking to social media to dampen panic. The Shanghai police department warned its population—also via Sina Weibo—about getting “swindled” by “rumors” of an apocalypse.

Official pronouncements haven’t stopped enterprising citizens from taking survival into their own hands. In Henan province, 45-year-old Liu Qiyuan has built seven giant concrete pods that will apparently survive whatever the angry Mayan gods will throw at them. No word yet on how much a seat in one of those lovely crafts will cost, though it cost Liu $48,000 to build each one.