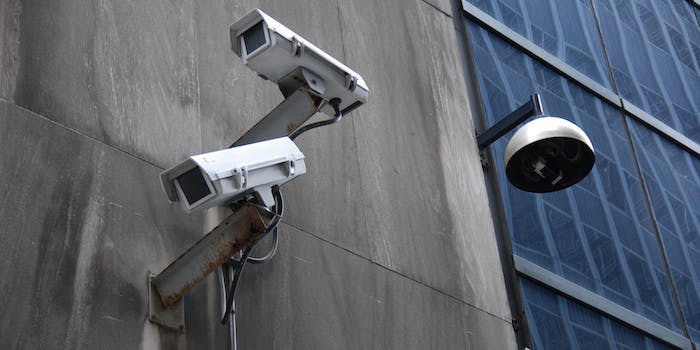 This case could give us the answer.

The Center for Democracy & Technology (CDT) and the PEN American Center last week filed a joint request to intervene in Big Brother Watch et al v. United Kingdom, a case brought by a coalition of organizations and activists to the European Court of Human Rights (ECtHR) in September 2013.

Big Brother et al, the plaintiffs, accuse U.K. intelligence services of violating their right to privacy under Article 8 of the European Convention of Human Rights (ECHR). On April 3, CDT and PEN American submitted an application to intervene—to contribute testimony to the case in the form of written statements—citing their history of support for civil liberties and media freedom. According to a statement from the CDT, the groups made the decision to intervene in the case “because of its significant implications for human rights on the Internet.”

In the past, Article 8 has been used to exhibit the wrongs of unfettered power and limitless state surveillance (Kennedy v. United Kingdom), as well as the essential requirement that Article 8 jurisprudence remain in step with states’ ever-expanding technological capabilities (Weber v. Germany).

Indirect consequences and broader rights implications will be a focus of the groups’ surveillance testimony. The chilling effect on free speech, for example, by means of intimidating journalists, publishers, and human rights defenders, is the first consideration. British privacy laws designed to curtail the authority of the state contain loopholes as well, which means existing privacy laws protecting British citizens are inadequate. From the CDT:

According to the applicants, the relevant statute–the Regulation of Investigatory Powers Act (RIPA)–does not regulate the sharing of foreign surveillance data, fails to impose sufficient safeguards on collection of ‘external’ communications, and empowers the very ministers whose agencies benefit from surveillance to sign the warrants that authorizes it.

British intelligence services share methods, and receive data, from allied agencies in the United States, Australia, Canada, and New Zealand—known collectively (by each other) as the “Five Eyes.” Recent articles based on Edward Snowden’s leaks have resulted in renewed debates over the sharing of bulk intelligence between nations.

In a witness statement submitted to the ECtHR oh behalf of Big Brother et al, Dr. Ian Brown, an associate director of Oxford University’s Cyber Security Centre, told the court that the U.K. may, “by accident or by design,” cooperate with the National Security Agency to enable spying on U.K. targets and could receive reports from the U.S. regarding U.K. citizens.

In the United States, attempts to challenge the constitutionality of mass surveillance have resulted in a frustrating Catch 22 scenario. In February 2013, the Supreme Court dismissed a case challenging the FISA Amendment Act, now known to authorize the NSA’s PRISM program. The plaintiffs didn’t have standing since they couldn’t prove they were being spied on. Of course, given the secret nature of government surveillance, the task of proving that was virtually impossible.

In the case of Big Brother Watch et al v. United Kingdom, however, the plaintiffs don’t need to prove specific instances in which their rights were violated. A spokesperson for CDT explained to the Daily Dot, “They can point to the law, show it to be vague and sweeping, and with that alone, there is an ‘interference with privacy’ that then has to be measured against the state’s need to cause that interference.”

This case has the potential to be profound in the ongoing surveillance debate. Unlike U.S. courts, which have refrained from addressing global surveillance programs due to obstacles to demonstrating legal standing, the ECtHR is likely to decide this case on its merits… Thus, there is a realistic possibility of a high profile court with binding legal authority over 47 European countries ruling in the near future that mass surveillance is illegal and violates international human rights law.

Privacy advocates have reason to feel optimistic about the case. After all, there’s fresh precedent for the argument against mass surveillance. In 2008, the ECtHR ruled in Liberty vs. The United Kingdom that Liberty’s rights had been violated based solely on the fact that the British government’s mass surveillance was too broad and ambiguous to meet procedural requirements under the ECHR.

Will the same reasoning prevail this time around? We should know later this year.