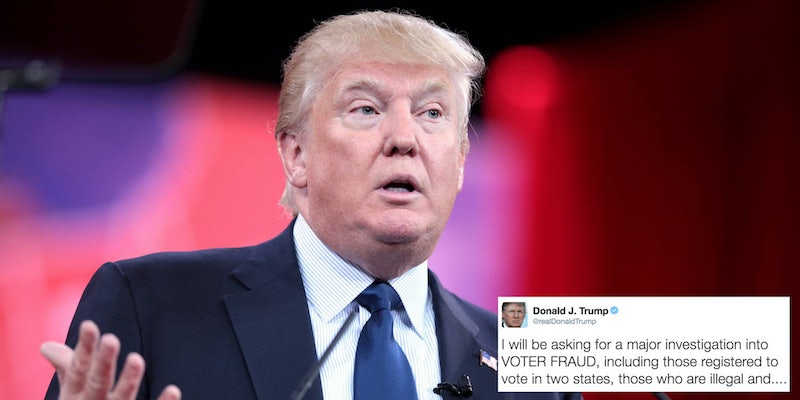 Republicans and Democrats alike have criticized the voter integrity commission.

The commission has asked every state to submit sensitive personal information on registered voters, including voting history and identity information. The controversial request has been rejected by 41 states so far, with only three states agreeing to hand over their voter data: Colorado, Tennessee, and Missouri. Other states are considering the request.

In his statement, Frosh said that the “requested disclosure is prohibited by law,” citing the State Board’s obligation “to protect the voting rights and privacy interests of Maryland citizens.”

He went on to describe the commission’s aim as “repugnant” and simply “to indulge Trump’s fantasy that he won the popular vote.”

“Repeating incessantly a false story of expansive voter fraud, and then creating a commission to fuel that narrative, does not make it any more true,” Forsh said. “There is no evidence that the 2016 election in Maryland—or any other state—was compromised by voter fraud.”

The Presidential Advisory Commission on Election Integrity is tasked with investigating instances of voter fraud and is led by Vice President Mike Pence and Kansas Secretary of State Kris Kobach.

Trump has insisted without evidence that millions voted illegally in the 2016 election and doing so caused him to lose the popular vote to his Democrat rival Hillary Clinton. While the governors for the states that have pledged to comply have praised the effort, their voices are being drowned out by the opposition.

“At best this commission was set up as a pretext to validate Donald Trump’s alternative election facts, and at worst is a tool to commit large-scale voter suppression,” said Virginia Gov. Terry McAuliffe (D).

Mississippi’s Republican Secretary of State Delbert Hosemann had perhaps the harshest response, saying of the commission that “they can go jump in the Gulf of Mexico, and Mississippi is a great state to launch from.”