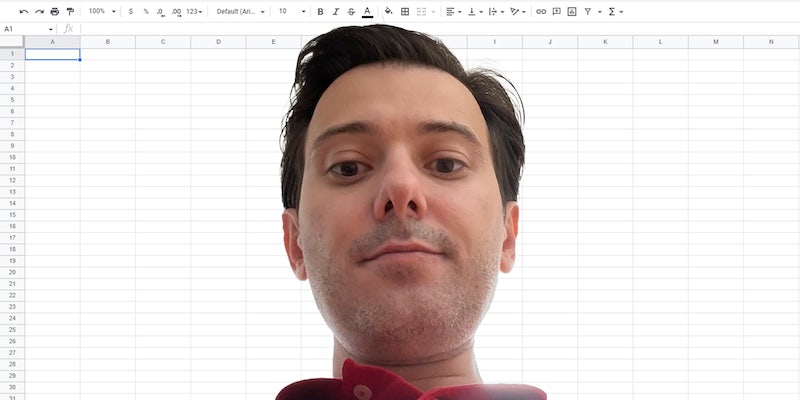 Martin Shkreli is allowing interested parties to sign up for time slots so they can go on a date with the former ‘pharma bro,’ according to a tweet on his somewhat anonymous alt.

The formerly incarcerated Shkreli—who spent four years in prison for securities fraud—said he will be “free for dates starting on September 14th,” which is when his ankle monitor comes off. All dates, he said, come with a “standard gift bag (with NDA).”

The gift bag, according to the form, will include either jewelry, a handbag, or shoes.

The form, a public Google Sheets titled “Date Martin Shkreli,” has categories such as whether the interested party requires travel or a hotel, what their height and weight are, their chest size, and whether they would have any interest in getting pregnant.

There is also a tab asking respondents if they “FOTFD” or “fuck on the first date.”

Some say “yes,” others say “no.” One person agreed only if Shkreli was willing to take an STI test. That date was approved.

According to the form, which is still being updated at the time of writing, Shkreli is booked on a date almost every night until October, save for Sundays, and an upcoming “GUY’S NIGHT” that involves being “IN MURRAY HILL BALLING OUT OF CONTROL.”

At least 14 dates are approved in the doc, with others “PROCESSING.”

The form includes an FAQ about Shkreli, which says that his height is “5’9” (although some consider that to be dubious) and that applying doesn’t necessarily guarantee a date.

The Daily Dot reached out to several women who were “approved” for a date with Shkreli, having included Instagram and Twitter handles in the form for him, but they did not respond to a request for comment.

While reporting the story, Shkreli reached out to the Daily Dot, saying his dates were being “harassed” and demanding the Daily Dot “cease and desist.”

He did not respond to a request to comment on the form.

Shkreli has been back in the public sphere since being released from prison in May after serving time for defrauding investors and running a Ponzi scheme. Since his release, he has created a semi-anonymized Twitter account @zkEnrique7 and announced a Web3-based drug company called Druglike, though it is unclear whether Druglike violates his lifetime ban from working in the drug industry.

And he is apparently ready to get back to dating.