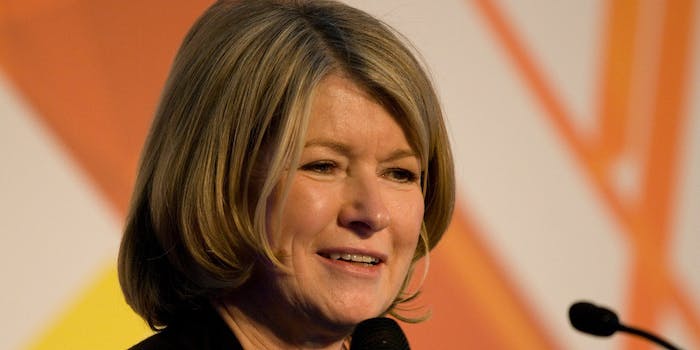 At a Hermés event in New York this past week, Stewart shared with Vanity Fair her penchant for UAVs:

The drone of choice that Stewart uses to survey her pristine, sprawling upstate New York property? The Parrot AR.Drone 2.0 Power Edition, made by a lovely French company, of course. It the same one that she recommends to her readers in the May edition of her namesake publication.

I shit you not. The May 2014 Martha Stewart Living has a personal drone recommendation. cc: @southsidetrees pic.twitter.com/MokbQnBN8l

Hopefully Stewart’s newfound interest in drones is indicative of a wave of more “good things” to come, such as artisanal drone cozy crafting. Perhaps Stewart will co-opt Amazon’s drone delivery technology and begin delivering bounties of fresh produce to her neighbors. “No. I don’t have any neighbors,” she told Vanity Fair, laughing.