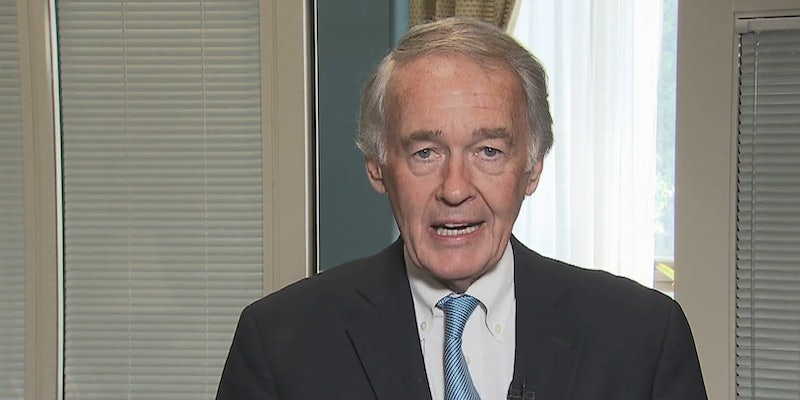 Markey said the incident 'allegedly violated the privacy of tens of millions of Americans.'

Sen. Edward Markey (D-Mass.) called for Congress to hold hearings about recent reports that alleged that Cambridge Analytica, a political data analytics company that worked for President Donald Trump during the 2016 election, harvested data from more than 50 million Facebook users.

Markey, who sent a letter to Sen. John Thune (R-S.D.) and Sen. Bill Nelson (D-Fla.), the ranking members of the Senate Committee on Commerce, Science and Transportation, said “only a fraction of the users” gave consent for their Facebook information to be given to a third party.

Facebook and Cambridge Analytica should be made to testify before the Senate Commerce Committee so that we can get to the bottom of these disturbing reports that may impact tens of millions of Americans.https://t.co/4UE5iw8dRy

The analytics firm acquired the data through a researcher who claimed he was collecting information for academic purposes, according to the New York Times. Facebook said the researcher, Dr. Aleksandr Kogan, “lied” to them about his intents, and that it suspended Cambridge Analytica from the social media platform.

Markey said the Committee on Commerce, Science, and Transportation should “move quickly” to hold a hearing about Cambridge Analytica and Facebook arguing that a Federal Trade Commission (FTC) decree requires Facebook to “obtain explicit permission before sharing data about its users.”

You can read all of Markey’s letter to the committee here.