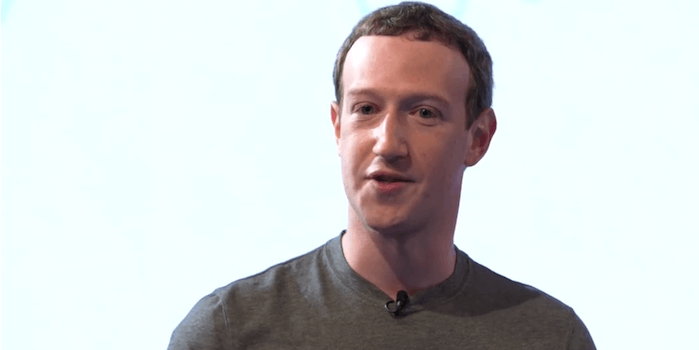 The previous statement didn't push people to interact with each other in a positive manner.

Facebook overhauled its mission statement today for the first time in its history. CEO Mark Zuckerberg announced a change in direction for the social giant at the first Facebook Communities Summit.

He admitted the company’s past goal—”to give people the power to share and make the world more open and connected”—did not do enough to make the world a better place.

“For the last decade or so we’ve been focusing on making the world more open and connected,” Zuckerberg said. “But I used to think that if we just give people a voice and help some people connect, that that would make the world a whole lot better by itself. Look around and our society is still so divided. We have a responsibility to do more, not just to connect the world but to bring the world closer together.”

Facebook’s intentions are now not to only connect people, but to create and improve relationships between them. To that end, Facebook launched a new mission statement: “To give people the power to build community and bring the world closer together.”

It went a step further by creating a goal to help one billion people join “meaningful” communities. To achieve this, Facebook launched a number of new tools to help group admins expand and clean up their groups. Zuckerberg told CNN that Facebook is also expanding its use of artificial intelligence to help users identify groups they might want to join.

“I think [it] gives us a good shot within five years or so to get to this goal of connecting a billion people to meaningful communities,” Zuckerberg told CNN.

The recent influx of fake news and backlash Facebook faced following the 2016 presidential election prompted Zuckerberg to announce a challenge of getting to know communities in 50 states. “After a tumultuous last year, my hope for this challenge is to get out and talk to more people about how they’re living, working and, thinking about the future.”

The trip spurred rumors that Zuckerberg was building a campaign to run for president in 2020. He has denied the reports. Instead, he wants to bring together a deeply divided world using his platform of nearly 2 billion members.