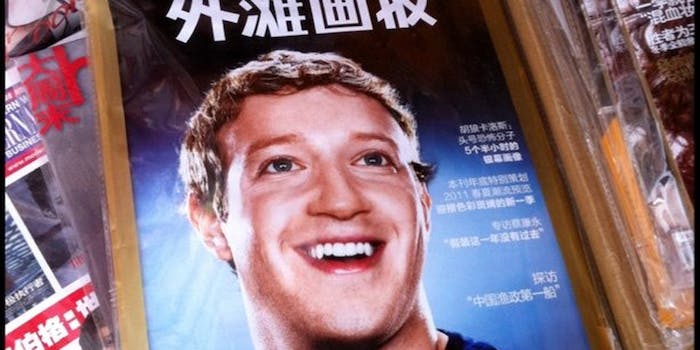 Well, it’s all over folks. As though we needed yet another reason to fear a dystopic virtual Facebook futureworld, Mark Zuckerberg now speaks Mandarin. We have no idea how he found time to casually pick up the regional Chinese dialect, which just so happens to be the world’s most spoken language, but with the News Feed as our witness, Zuckerberg pulls off a full 30 minutes’ worth of the language during an interview conducted at Beijing’s Tsinghua University.

As People reported around the time of Zuckerberg’s wedding to Priscilla Chan, the Facebook CEO took up Mandarin so he could speak to his wife’s grandmother. Of course, the cruel, cruel Internet doesn’t spare the almighty Zuck any criticism, cute grandma story or not. He picked a pretty legit strategy to advance the cause of his company’s global takeover, but on Twitter, everyone’s a critic.

Bad toneless Chinese grates on my ears, but good for him? Mark Zuckerberg Speaks Mandarin Like a Seven-Year-Old https://t.co/mnB0cJdzpN

“…those blown away by Zuck’s Chinese chinwag might want to know that though he’s clearly memorized a lot of relevant words, those were still shoehorned into a distinctly American grammatical order. Pronunciation is also a problem: He showed a plucky disregard for the tones that Mandarin has—one tonal slip-up had him saying that Facebook boasts eleven mobile users instead of 1 billion—and his enunciation was roughly on par with the clarity possible when someone’s stepping on your face.”

“He has a HEAVY American accent. He mispronounces a lot of words. His tones are WAY off. He seems completely unable to say English loan words in Chinese (e.g., Facebook, Google, etc.). It’s actually kind of hard to listen to. That being said, I would say that it is all comprehensible to a sympathetic native listener.”

On Quora, a handful of users critiqued Zuck’s language performance, deciding that it might be a moot point no matter how he fared. 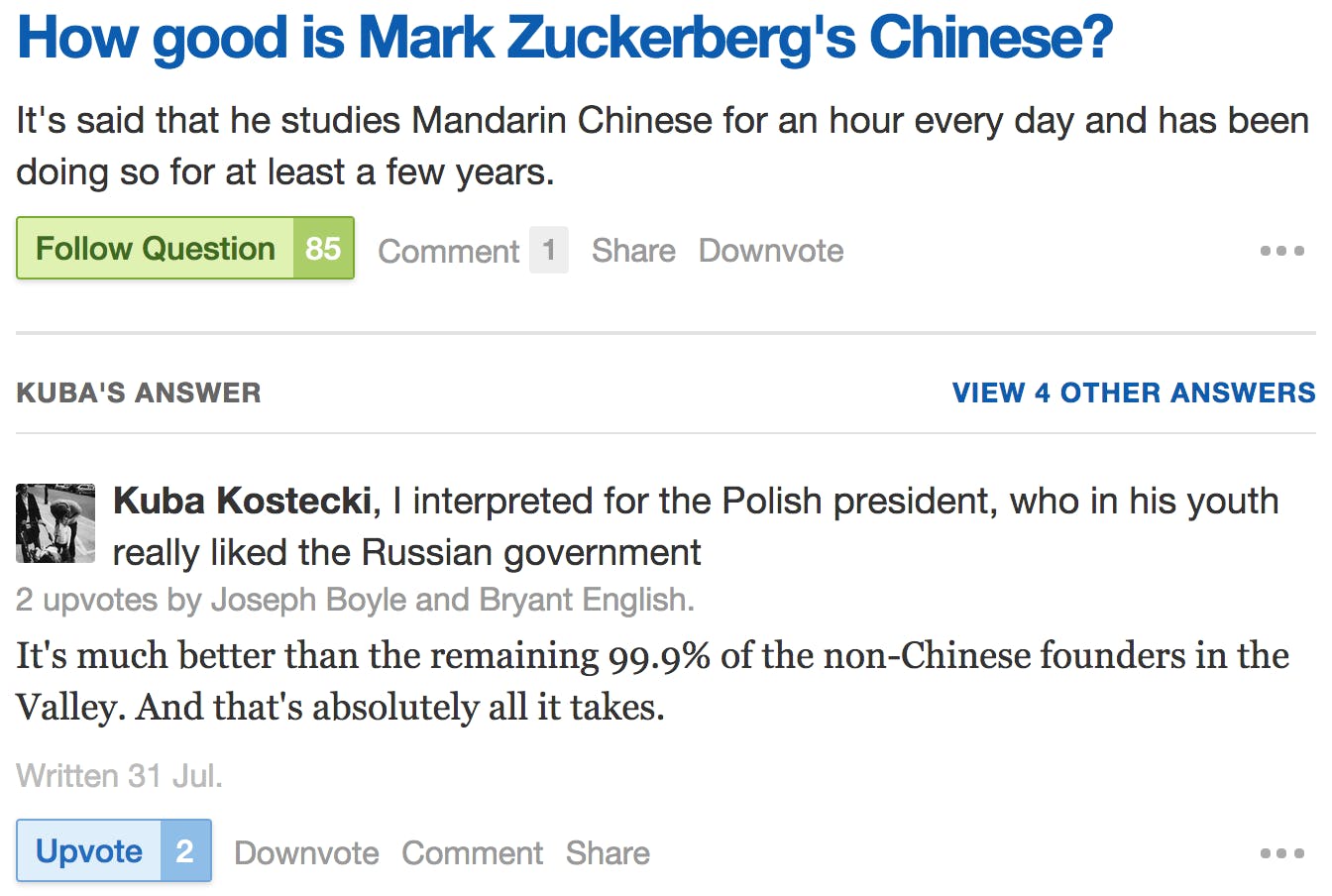 And anyway, who are we to judge? We’re just sitting here clicking our free time right into Zuckerberg’s bank account, while all of that entry-level high school Spanish leaks out of our ears, Like by Like.

Zuckerberg did a 30-min Q&A in Chinese. He learned Mandarin while running a company. You spent your day on Facebook https://t.co/Z3VQUXGCs7