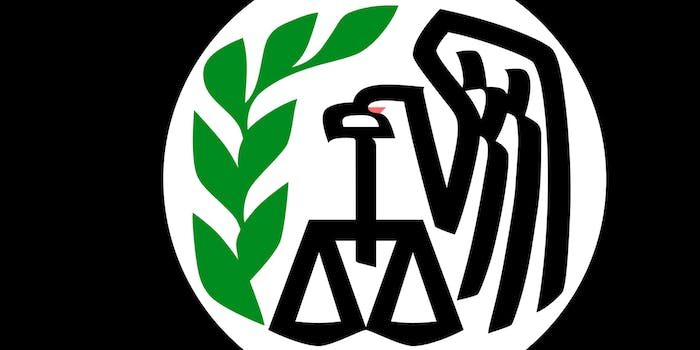 Taxation after legalization: The next fight over marijuana

No taxation without. Uh. Something.

No taxation without. Uh. Something.

On Friday, Feb. 20, Rep. Earl Blumenauer (D-Ore.) and Rep. Jared Polis (D-Colo.) introduced two bills into the House of Representatives which would have the combined effect of legalizing and taxing marijuana at the federal level.

Not long ago, this would have seemed, at best, like a gesture of solidarity with their liberal constituents. (Similar laws were proposed by the two men in 2011, and they failed.) But medical marijuana is now legal in 23 states, and 11 others allow more limited medical use. The possession and sale of marijuana for recreational use is legal in Colorado, Washington, Oregon, Alaska, and Washington, D.C., (where possession is legal but sales are not). In 2016, at a minimum, Arizona, California, Maine, Massachusetts, and Nevada will vote on legalizing recreational dope. In short, these bills seem far less of a pipe dream than they would have in years past, much less munchies in the sky.

“We dealt with Big Tobacco for almost a century. Why would we want to introduce its natural successor?”

As far as Kevin Sabet is concerned, it is no less a fiction now, regardless of the state-level movement.

The bills are “dead in the water,” he told The Daily Dot. Sabet, who served as a senior advisor on drug policy in the Obama administration as well as filling drug-policy roles in the George W. Bush and Clinton administrations, is a cofounder of Smart Approaches to Marijuana (SAM).

“There’s no appetite among Democrats or Republicans to entertain legalization from a national perspective,” he said. “Everybody’s watching what’s happening in Colorado, and with the early results not looking pretty, it does not help the case of legalizers in Congress, of which there are few anyway.”

Sabet is among a growing chorus of marijuana-policy advocates who aim to “prevent another Big Tobacco” with policies that avoid treating weed like other vices, which could give rise to major industries that put profits over people.

Blumenauer and Polis, who have worked together on similar legislation, have introduced complimentary bills that aim to transform weed from a street drug to a product that will, in the eyes of the law, be treated similarly to alcohol, a substance to be regulated and taxed.

The Blumenauer-led bill, H.R. 1014, or the Marijuana Tax Revenue Act of 2015, creates a federal excise tax and applies occupational tax on marijuana businesses. Polis’s H.R. 1013, the Regulate Marijuana Like Alcohol Act, removes marijuana from the Controlled Substances Act and transfers authority for overseeing it from the Drug Enforcement Administration (DEA) to the Bureau of Alcohol, Tobacco, Firearms, and Explosives (ATF). It inserts marijuana into the same US Code that regulates “intoxicating liquors.”

The Controlled Substances Act assigns various drugs to “schedules,” depending on how dangerous they are considered. The Regulate Marijuana Like Alcohol Act would remove marijuana from the list of scheduled drugs and legally transform it to something more akin to alcohol.

“The federal prohibition of marijuana has been a failure,” said Rep. Blumenauer.

Strangely, it seems to be marijuana enthusiasts online as much as the Reefer Madness crowd who oppose these bills, especially H.R. 1014, for which they reserve a special disdain.

Commenters to “The Joint Blog” universally decry it.

“It is horrible! Appears to me they intend to bring back the 1937 Marijuana Tax Act,” according to Linda.

“I see no reason to come out of the shadows to buy at a store other than a better price,” wrote Jimmy.

Over on “The Weed Blog,” Yankee2 agreed, writing, “Even under prohibition, marijuana was a moderate expense. It should NOT become more costly legal!”

“After 78 years of LIES, isn’t it time we be honest? Does correcting LIES (prohibition) with more LIES (‘like alcohol’) correct the harm done unto millions of Americans and their families who have had WAR WAGED on them for the last 78 years? STOP THE INSANITY!!!
“Cannabis is NOTHING ‘like alcohol’ and the ONLY regulation ‘like alcohol’ in Colorado is the age 21 for A64–which disqualifies most college age students who need legal protection and which is not based on science or fact and while CO’s medical program covers the use of cannabis with no age limit (from birth).”

“Large conglomerates dominate the alcohol (Anheuser-Busch InBev and SABMiller) and tobacco (Philip Morris’s and RJ Reynolds) markets, under the existing system of state-imposed excise taxes, licensing and mandatory three tier distribution. The extra costs of these requirements keep small producers out of these industries. The result is stifled competition and ripped off consumers. The same process would ultimately lead to ‘big marijuana’ conglomerates with Anheuser-Bush-like market power and advertising budgets.”

Over the year since recreational marijuana has been legalized in Colorado, according to Rep. Polis, the state “has demonstrated that regulating marijuana like alcohol takes money away from criminals and cartels, grows our economy, and keeps marijuana out of the hands of children.”

The problem is that, while states may allow marijuana businesses to develop, and the Obama administration has elected to leave them be, a new administration could reverse course on that laissez faire approach and turn people who thought they were law abiding into de facto criminals. The House bills are an attempt to guarantee those acting in good faith will not get stung with the changing of the guard.

One of the strongest arguments in favor of taxing pot is the cost of enforcement, both monetary and personal. According to the Federal Bureau of Investigation’s 2013 Uniform Crime Reporting data, a little less than half of the 1.5 million drug arrests in the U.S. were for marijuana. According to Neill Franklin, the former Baltimore cop who heads up Law Enforcement Against Prohibition (LEAP), the cost of arrests and court processing alone tops out at $3 billion.

“The federal prohibition of marijuana has been a failure.”

While opinion surveys have shown that half or more of Americans support legalization, that means about half don’t. And given the conservative turn of the last midterm, naysayers may be even better represented in Congress than they are on the street. If that’s the case, it’s not hard to see these measures failing to pass.

Sabet and his Internet-commenter cohorts are not alone in their fear that federal legalization of marijuana would create a Big Tobacco 2.0. In the same way that a tobacco farmer might make moral decisions based on his values but large corporations don’t, the fear is the home or medical grower, the happy hippy who shows up at city council meetings and school fun fairs, would be replaced by an industry whose sole concern is profit for its shareholders.

“We dealt with Big Tobacco for almost a century.” said Sabet. “Why would we want to introduce its natural successor?”