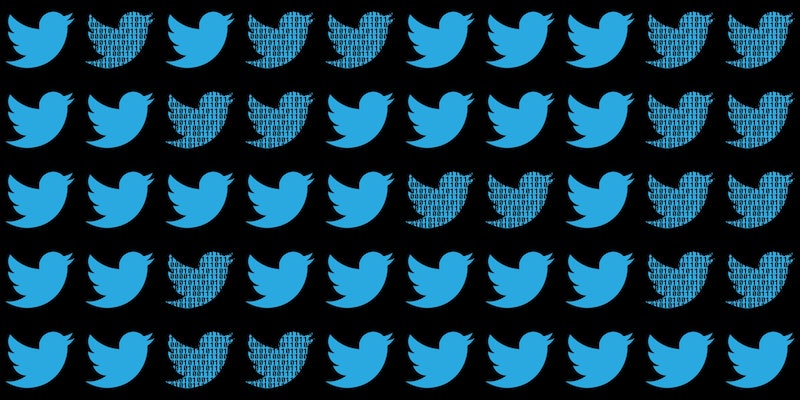 The case for and against favs in your Twitter timeline

Twitter is experimenting with a new feed function to rip the godlike control out of your hands.

Twitter is the headquarters of the control freak. It’s a social network for those who want everlasting control over what they see and from whom they see it. And now Twitter is experimenting with a new feed function to rip this godlike control out of your hands, in favor of showing you content only tangentially related to whom you follow.

Encouraging rogue tweets to infiltrate your feed is controversial, to say the least. But to me, it’s a great thing, because Twitter has a huge problem we should all care about: a high level of entry barriers for new users, created in part by the very groups of people who resist and resent seeing “unapproved” tweets.

My argument in support of the new functionality is simple. If you are forced to see new tweets that are purely in the control of whom you follow, you will learn more about the behavior of people you follow, and you will gain another entry point to communities that weren’t on your radar before.

There are strong criticisms to the functionality, though. Here are a few of them:

1) Twitter was supposed to be solely for the enjoyment of users, who are totally in control.

One power user told me anonymously:

“I think it is a statement against a lot of power users from Twitter. People spend a lot of energy on creating a well-curated, reliable, trust-worthy following lists, and now all of a sudden that’s sort of out of the window. I’m following the people I follow because I want to see tweets from them, and I’m pointedly not following other people for the opposite reason.”

“There is nothing more obnoxious and disruptive than having a tweet from someone I specifically don’t follow shoved into my stream. I put a lot of thought and effort into maintaining a tightly curated twitter feed. I mute people, I block (some) users, and the prospect of having errant fav’d tweets from people I don’t follow forced in front of my face sounds horrendous.”

2) Twitter favorites are a terrible, awful function for discovery.

“People use them for many reasons,” said the anonymosu power user, “and in many different contexts that it’s counter-intuitive to try to shove favorited tweets into user timelines.”

“Because people favorite for different reasons, it seems to be an odd move for Twitter to make. I usually favorite items with plans to read them later, and occasionally to let someone know I like something he/she said. Pushing out my favorites as random tweets lacks context, and in some cases may be something I really don’t endorse or would want to push out to my followers at all. I read somewhere that this action indicates Twitter doesn’t understand how its own features are used. But here’s something more likely: Twitter may be trying to force people to use Favorites in the way the company wants them used, which would match some of its other moves of late.”

Even with these serious limitations—especially the one about favorites not being a good measurement for what should be discovered content by others—I am still a fan of the experiment. We should all be willing to learn about Twitter, the best social network for control freaks like you and me.

You tell me: does discovery via favorites get Twitter any closer to a more friendly experience?

Here’s what Tim Carmody, technology writer, has to say in case Twitter is listening:

“This could be a service some Twitter users find useful. But even then, the best way to implement it, and the way it would be most meaningful, would be to put users in control. Give us the ability to opt-in or opt-out of having our faves and follows broadcast into the stream, or the ability to mute other users’ activity in ours. Twitter already lets us disregard other users’ retweets (even if we follow them!), and even Facebook lets us tell its algorithm when we want to disregard other users’ recommendations. Surely Twitter can be more progressive than Facebook.”

This article originally appeared on Margafret.com. Republished with permission.