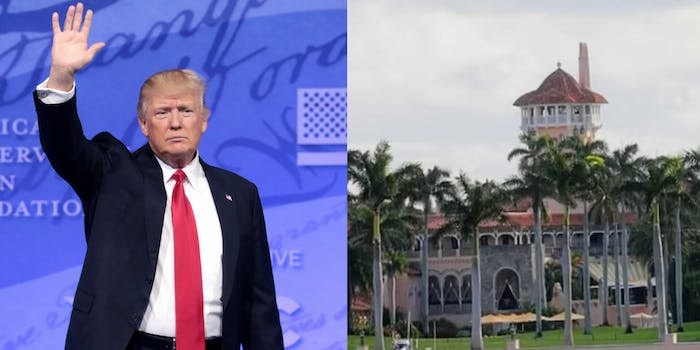 The Miami Herald reports that people staying at Mar-a-Lago, which is located in Palm Beach County, are among the estimated 125,000 people being evacuated from that portion of southern Florida. The evacuation order came on Friday.

“Mandatory evacuation for the entire town remains in effect. Please gather the essentials for three to four days, including clothing, medicine, important documents, and communication devices,” Palm Beach’s evacuation order reads. “Please relocate west of US-1 until this storm passes if you do not plan to depart the county/state.”

The seaside resort, where Trump has conducted presidential business during his first few months in office, is currently closed. An ethics watchdog group is expected to publish visitor logs from the resort later this month.