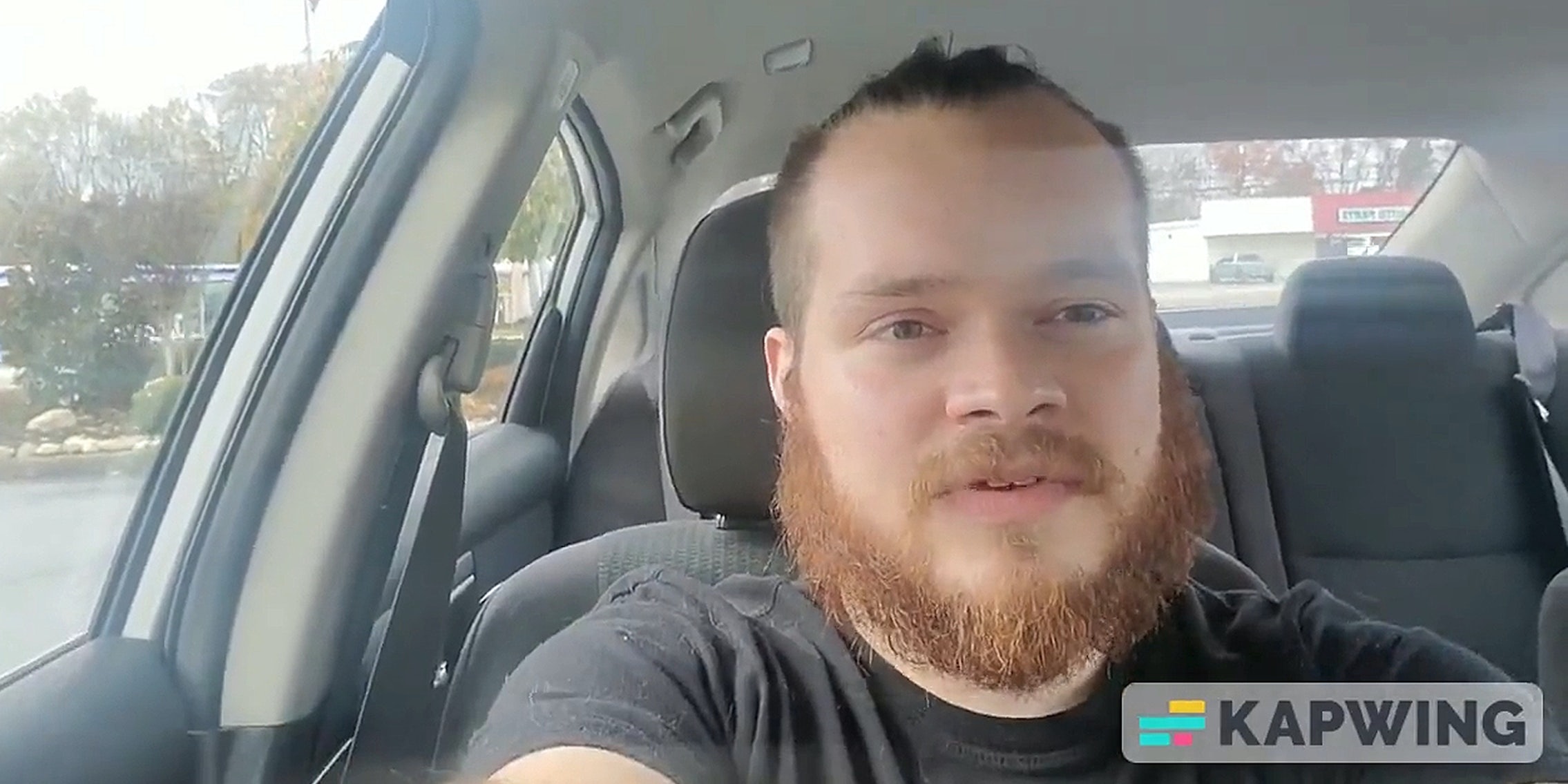 Jacob Yerkes has been arrested.

The social media history of a man arrested after posting a video about chasing a coworker in his car paints a dark and disturbing picture. It includes incel memes and posts lauding Nazis and rape.

The video of the man went viral this week. In it, police urged a then-unidentified man to leave a woman alone.

The man’s statements in the video struck fear and alarm into the hearts of internet users everywhere. He claimed that all women fantasize about rape and said he’d followed his coworker in an attempt to woo her even though she’d rejected his advances. He also unsuccessfully tried to report her father for warning him to stay away from her.

The video racked up millions of views. Many called for the man, since identified as Jacob Yerkes, to be arrested.

“Jacob Yerkes is free and out there. He is active on all the platforms and it’s scary,” ask_aubry, the person whose video of him went viral, tweeted on Tuesday.

That day, the Loudon County Sheriff’s Office in Tennessee announced that Yerkes had been arrested and charged with aggravated stalking and harassment. It is not yet known what Yerkes has pled to these charges.

“During the investigation it was determined that Mr. Yerkes was making unsolicited contact with a co-worker. It was further found that he was posting on several social media sites, including YouTube, making threats of violence,” the Loudon County Sheriff’s Office wrote on Facebook.

The content on these accounts aligns with law enforcement’s characterization. The YouTube account, Jaker the Knoxvillian Sentinel, includes the video of him talking to police about following his coworker, as well as a second video of him discussing the sexual dynamics of “Baby It’s Cold Outside” with a cop. He also tweeted the second video.

He identifies two other videos as being filmed at government offices in Loudon County.

On Tuesday, Yerkes (@JacobYerkes2) tweeted a meme he appears to have created which included the question, “Why am I being attacked when all this rape music exists out there?” He used this image on the YouTube video for his song, “Don’t Grab Her by the P (Blue Wave).”

Last week, he captioned a particularly chilling meme, “Want to rape and pillage but all the women are willing.”

That day he also tweeted, “Feminists create their own rape culture then blame men for raping.”

A day earlier he wrote, “Back off I got a knife. I had the police justify using force to protect one’s women today instead of going to them.”

In another of the songs he posted on YouTube in recent days, Yerkes featured a doctored image of a man known as “gigachad,” whose photos have become popular with incels. Gigachad wears a Nazi uniform in the image, which includes a reference to the Nazi paramilitary group Waffen-SS, typically abbreviated to “SS.”

He captioned the image, “Me: ‘I identify as SS.’ LGBT: ‘Ew super straight isn’t a real identity.’ Me: ‘super straight?'”

The song repeatedly uses a homophobic slur. The woman he’s charged with stalking is purportedly a lesbian.

“Suck Hitler’s dick….. He was environmentally alien friendly before anyone else,” he recently tweeted.

Some of his posts are antisemitic.

On Nov. 6, he seemingly referenced the furor over his actions toward his coworker. “America looks weak to Russia with how they’re attacking me for persistence,” he tweeted.

Although Yerkes’ political views are irrelevant in reference to the charges against him, many people have suggested that he is a far-right extremist.

Yerkes also mentioned and tagged Elon Musk in multiple tweets. Musk is something of a hero to far-right incels, or involuntarily celibate.

“Why is incel comedic by society while whore is condemned?” Yerkes wondered earlier this month.