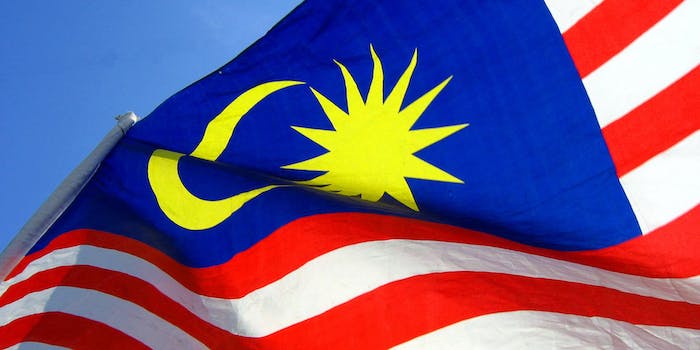 Users would be held accountable for everything on their websites.

Reports from Malaysia indicate that the government is about to make its website-owning citizens legally responsible for everything found on their sites.

In a new bill called the Evidence (Amendment) (No.2) Act 2012, a person is liable for everything his or her name is attached to unless able to definitively prove otherwise. The section “Presumption of fact in publication” reads:

“A person whose name, photograph or pseudonym appears on any publication […] is presumed to have published or re-published the contents of the publication unless the contrary is proved.”

The bill’s definition of “publication” seems to give the government an even broader power over Internet users: “‘[P]ublication’ means a statement or a representation, [including any] form displayed on the screen of a computer,” it reads.

This is particularly disturbing in light of Malaysia’s horrific track record when it comes to protecting online free speech. In January, for instance, the government fined a blogger for 300,000 ringgit (approximately $100,000) for a blog post criticizing Minister of Information, Communication, and Culture Rais Yatim.

According to the watchdog group Reporters Without Borders, Malaysia has seen a marked rise in online political exchanges in the past few years. Of note is the fact that during the same period, the government has forbidden discordant newspapers from printing physical copies.

The Internet is rapidly becoming a dangerous place for dissidents in Southeast Asia. Vietnam decided to ban online pseudonyms in April. Only a few weeks later, Cambodia announced plans to criminalize online dissent.

Of course, creative netizens might still find ways to rebel.

A commenter on one Malaysian politics blog suggested, “We should just start using names and pictures of the dead (to publish) to minimize problems.”

Another commenter called himself Najib Razzak, a misspelling of the Malaysian Prime Minister’s name, to highlight how maddeningly simple it would be to assume someone else’s name online.

“I am a corrupt douche,” he wrote.