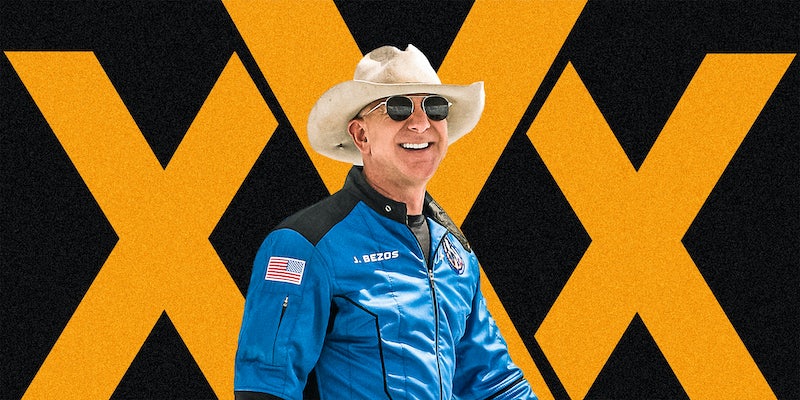 Will it make a difference?

An international coalition is planning Black Friday strikes and protests targeting Amazon in 20 countries. The campaign, Make Amazon Pay, hopes to improve employees’ working conditions, shrink Amazon’s environmental footprint, and draw attention to other issues at the massive company on one of its most profitable days of the year.

Actions planned for Black Friday include a delivery drivers strike in Italy, work stoppages at warehouses in France, demonstrations at the site where Amazon is building regional offices in South Africa, and protests by garment workers in Bangladesh and Cambodia. In the United States, #MakeAmazonPay actions will include protests and events on union organizing and labor disruptions.

“During the COVID-19 pandemic, Amazon became a trillion dollar corporation, with [owner Jeff] Bezos becoming the first person in history to amass $200 billion in personal wealth,” its demands state. “Meanwhile, Amazon warehouse workers risked their lives as essential workers, and only briefly received an increase in pay.”

It says that the company pays far too little in taxes—just 1.2% in the U.S. in 2019 where its headquartered “up from 0% the two previous years”—and has a carbon footprint greater “than two thirds of all countries in the world.”

Make Amazon Pay believes that the company “places profits ahead of workers, society, and our planet.”

“Amazon is not alone in these bad practices but it sits at the heart of a failed system that drives the inequality, climate breakdown, and democratic decay that scar our age,” it says.

Demands include workplace improvements and greater job security. They’re also asking the company to pay its fair share of taxes, commit to becoming zero emissions by 2030, guarantee consumers’ online privacy, and much more.

Amazon defended the entirety of its impact and commitment to each of the areas cited by the Make Amazon Pay campaign.

Kelly Nantel, director of national media relations at Amazon, told VICE, “We are inventing and investing significantly in all these areas, playing a significant role in addressing climate change with the Climate Pledge commitment to be net-zero carbon by 2040, continuing to offer competitive wages and great benefits, and inventing new ways to keep our employees safe and healthy in our operations network, to name just a few. Anyone can see for themselves by taking a live virtual tour at our sites.”

Over the years, Amazon has faced a running string of complaints about working conditions, union busting, mass surveillance, tax breaks and incentives, and more. Last year, a Slate poll of journalists, scholars, and advocates named it the “most evil” tech company.

Today’s announcement was met with widespread approval online, where many sharing their thoughts included #MakeAmazonPay.

“Time for Amazon to start paying for the wealth it steals from workers, communities and the natural environment,” European Parliamentarian Clare Daly tweeted.

Make Amazon Pay invites others to join the scheduled events and to plan additional actions.