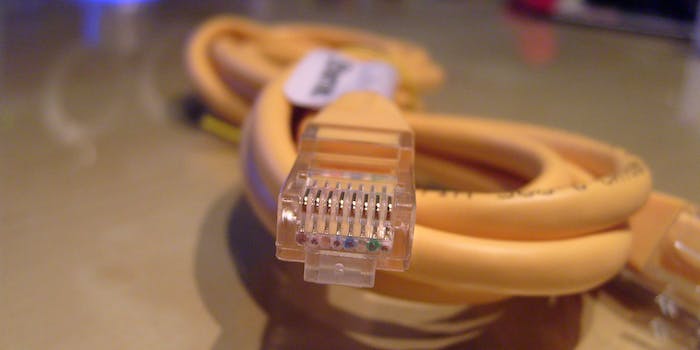 Corporations do not have a First Amendent right to your data, judge says

The case will continue, but a Maine judge poked holes in the arguments against it.

The broadband industry was dealt a significant blow by a U.S. District Court judge this week in its efforts to derail a privacy law in Maine.

The law, the Act to Protect the Privacy of Online Consumer Information, was signed last year. It bars ISPs in Maine from “using, disclosing, selling or permitting access to customer personal information” unless a customer consents.

The Maine law has been backed by a number of advocacy groups, including the Electronic Frontier Foundation (EFF) and American Civil Liberties Union (ACLU).

Walker, in a ruling on pretrial motions, wrote that the groups did not show that the law violated their First Amendment rights and rejected their claims that the Maine law should be preempted by federal law and decisions.

The judge called the First Amendment claims a “shoot-the-moon argument.”

“At this preliminary stage, Plaintiffs have not done enough to show, on the face of the pleadings, an entitlement to judgment as a matter of law on their claim that Maine’s Privacy Statute is a facially unconstitutional violation of the First Amendment,” Walker wrote.

The ISPs also argued that Maine’s law was preempted by the Federal Communications Commission’s (FCC) decision to repeal net neutrality rules with its Restoring Internet Freedom Order and a congressional reversal of FCC regulations in 2017. Walker disagreed.

The case will now proceed to a full trial.

“While there will be more litigation, this initial ruling is a huge victory for Maine consumers and for our state’s efforts to take appropriate measures to protect their privacy,” Maine Attorney General Aaron Frey said in a statement. “The Office of the Attorney General looks forward to continuing to vigorously defend the law. We are pleased that the District Court was persuaded by our arguments that the law is not preempted, and we are confident that the law will withstand the industry’s First Amendment challenge.”

The decision by Walker was hailed by a number of advocates.

John Bergmayer, legal director at Public Knowledge, said while ISPs will likely continue to argue their First Amendment claims, the ruling shows “it is unlikely they will prevail.”

Meanwhile, Gigi Sohn, a former FCC counselor and technology and policy distinguished fellow at Georgetown Law Institute, said the fate of the lawsuit will have implications for privacy laws moving forward.

“If the broadband providers prevail at trial and beyond, the future of national and state privacy laws will be at risk, as will nearly any attempt to protect consumers and competition in the broadband market,” Sohn said in a statement. “Judge Walker’s decision is a good first step towards deflating the providers’ ‘shoot-the-moon’ attempt to use the First Amendment as a deregulatory tool.”