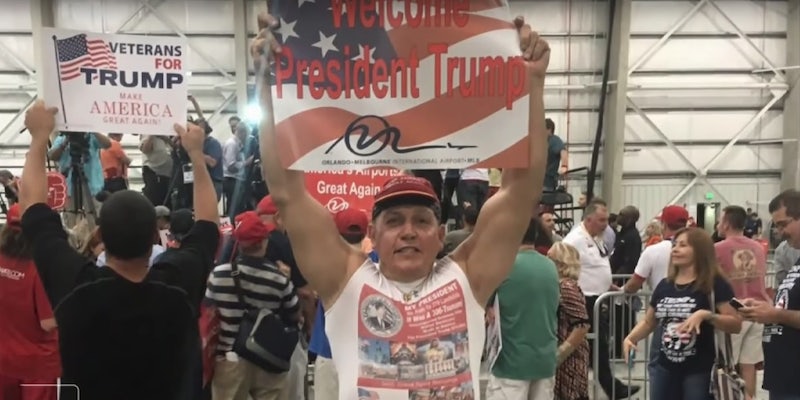 Cesar Sayoc worked as a pizza delivery man for the company.

Domestic terrorist and conspiracy theorist Cesar Sayoc thought that “evil leftists” and “antifa” were out to murder Papa John’s employees, like himself, in retaliation to racist comments made by the company’s disgraced founder John Schnatter, according to Sayoc’s lawyers.

The 57-year-old’s lawyers blamed a range of factors for the radicalization which culminated in his violent actions. They paint a picture of a lonely, mentally ill man with a drug problem who was drawn in by far-right conspiracy theories and inflammatory conservative media.

“By 2018, he was living alone in a decrepit and cramped van that had been his home for more than a decade,” the filing reads. “A typical day saw Mr. Sayoc waking up in his van, showering at the gym, and cooking crockpot meals while inside the DJ booth of a strip club before heading off to his second job delivering pizza. As he grew older and more isolated, excessive steroid use increased his feelings of anxiety and paranoia. In this darkness, Mr. Sayoc found light in Donald J. Trump.”

As time went on, following acts of vandalism on his van, Sayoc came to believe that “anti-Trump forces were trying to hurt him” personally.

“He began to consider Democrats as not just dangerous in theory, but imminently and seriously dangerous to his personal safety,” the court document continues. “President Trump did nothing to dissuade this message.”

The defense filing points to comments Trump made, attacking Democrats as “really evil people” on the very month that Sayoc commenced his bomb scare campaign.

Sayoc is currently facing life in prison for his actions.