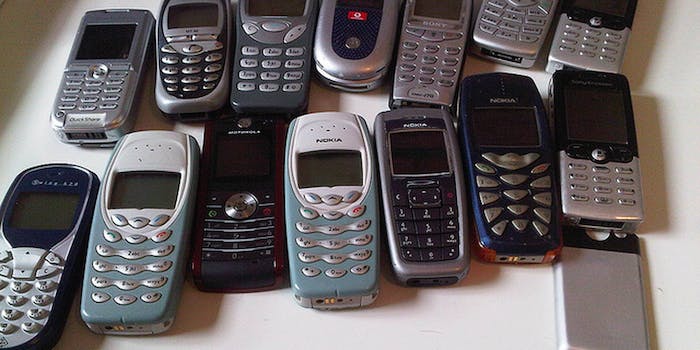 The encrypted, mobile-phone network sheds new light on the sophisticated technology employed by the the ruthless drug cartels.

The Mexican government confiscated an encrypted mobile-phone network believed to have been built and operated by one of Mexico’s most ruthless drug cartels.

The networks is believed to have been built by Los Zetas, a hyperviolent criminal organization with a network running throughout the country and consolidations of power in northeastern Mexico, along the U.S. border. Among the items seized by the Mexican army were 1,400 radios, 2,600 mobile phones, computer equipment, 167 antennas, and 166 power supplies including solar panels.

“I’m creating my own network like the zetas,” Seth Brown tweeted in jest with an article about the seizure.

The army has not identified who operated the network but its location—in border states heavily controlled by Los Zetas—led to the conclusion that Los Zetas used the equipment.

The seizure sheds light on the tech sophistication of the cartel, which is best known for disemboweling enemies and hanging them from bridges and overpasses by their own intestines. The Daily Dot was the first to report that drug cartels were recruiting hackers to help identify people posting information about their operations online. Later interviews with Mexican crime experts revealed that members of Los Zetas were frequently seen discarding cell phones out of car windows “like empty cans of beer.”

In October, the hacker group Anonymous vowed to go after Los Zetas by identifying government officials and journalists with ties to the organization. That operation was called off when safety concerns were raised, including worries that Los Zetas would kill innocent Mexicans.