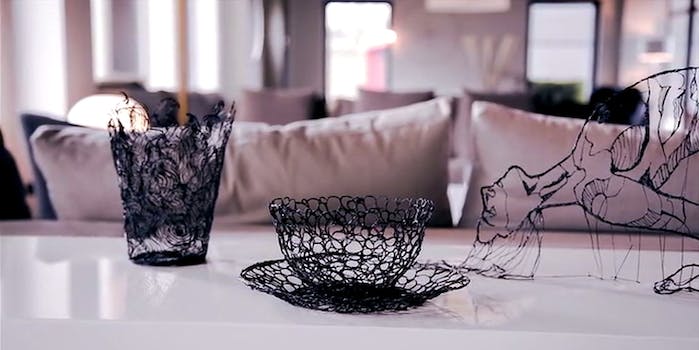 The world’s smallest 3D printer works like a pen

Three-dimensional doodles get a sleek package.

New 3D printers give users plenty of opportunities to be creative, but it’s not a spontaneous process. Before actually making anything, you have to come up with a printing plan, something the machine can read to make a copy. It’s like giving sheet music to a musician. But what if you prefer jazz?

That’s where a 3D printer pen comes in. Instead of coming up with a plan, inputting it, and waiting, users can instantly doodle three-dimensional objects, scribbling thin plastic structures into the air. Lix, one of the most recent models funded on Kickstarter, provides a sleek design that actually resembles a real pen, unlike clunkier early models.

Lix uses ABS and PLA filaments, and the aluminum pen is powered with a USB cable. The tip of the pen gets extremely hot to make the plastic malleable, so it’s not a good gift for kids… but if you do any design work, it looks fascinating. The team plans to ship their product later this fall, and it’s expected to retail for around $140. 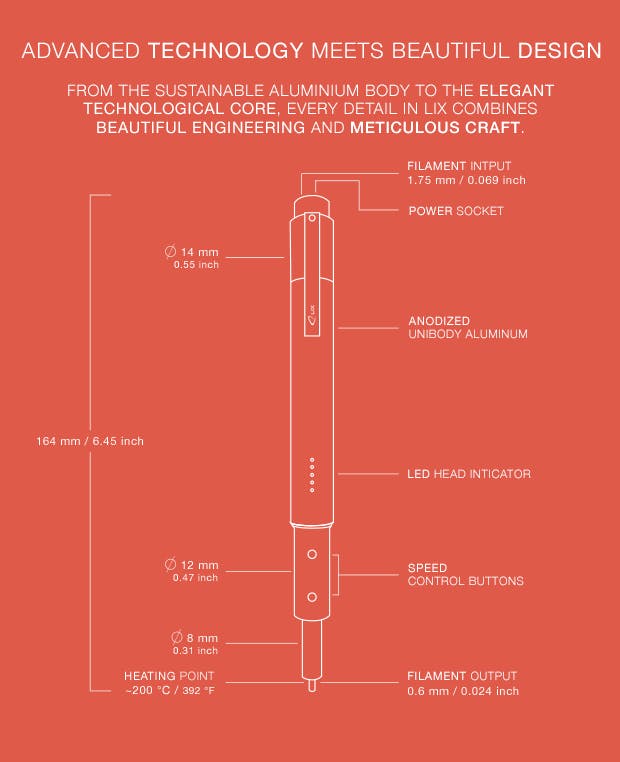 One word of warning: The Lix team admits that they’ve sped up some of the videos on their Kickstarter page and that they’re still working on speeding up how quickly the 3D material comes out of the pen. So the first models sold might work more slowly than you’d like.

Though Lix will likely look like a slow dinosaur of a tool as more sophisticated 3D-imaging gadgets become more commonplace, it is a notable project because it’s the first 3D media tool that really looks and functions like a pen.