Got a bun in the oven? The Lisa Watch can help you out.

The concept of wearable activity-tracking jewelry is obviously far from revolutionary. Here’s a necklace that tracks how many calories you’ve burned! And oh wait here’s an ascot that tells you how much sun you’ve gotten that day! And so on, and so forth. But when it comes to wearables options for expecting mothers, the pickings are woefully slim. Enter the Lisa, a smartwatch that tracks your fetuses’ daily movements, so mothers never have to miss a single kick.

Created by Li Xuejian, the CEO of a Beijing wearable tech startup, the Lisa is a smartwatch that records your baby’s motions in utero and syncs to the user’s smartphone. Your baby’s daily kicks are automatically added to the app, complete with “medical analysis.” The watch also doubles as a calorie tracker, for those moms who’ve already given birth and want to shed their baby weight. 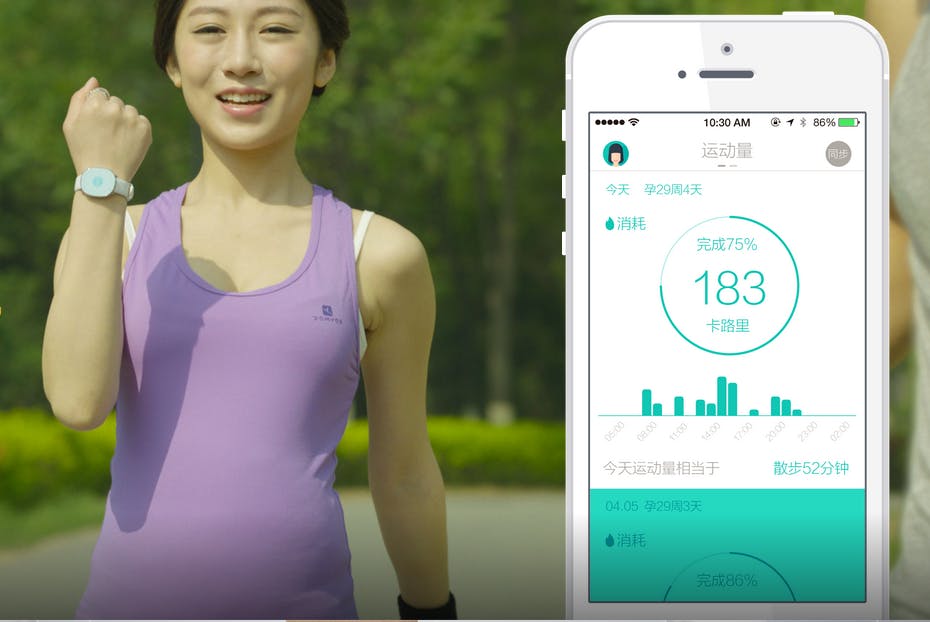 According to Xuejian, who was inspired to create the Lisa after watching his wife go through her own pregnancy, counting your baby’s movements is essential to tracking its development in the womb. But the task of counting every kick and rumble can be mundane, not to mention unreliable (how do you know if you’re feeling a kick or the PF Chang’s you had for dinner a few hours ago?), so the Lisa is intended to do all the hard work for you.

The Lisa isn’t the only wearable device for ladies blessed with a bun in their ovens. Researchers at Drexel University are developing a “belly band” for pregnant women that monitors fetal heart rate and uterine contractions in real time, and in 2013 the Chinese maternal health website Babytree.com announced plans to release the B-smart, a smartwatch that tracks fetal movements.