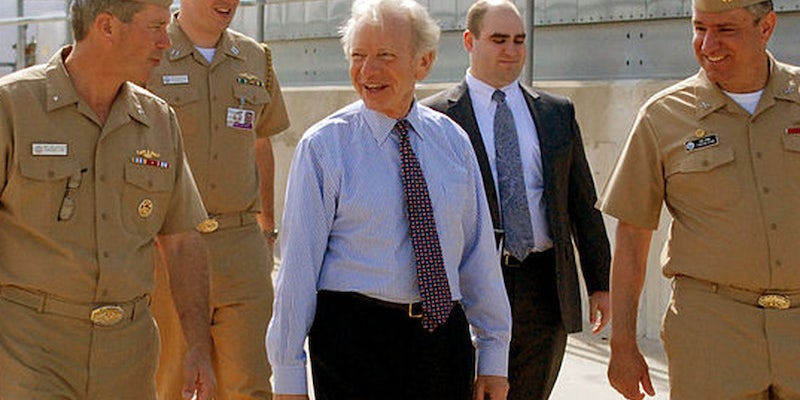 The senator says the Lieberman-Collins act must pass before July.

The author of the cybersecurity bill believed to have the greatest chance to soon become law has warned Congress: you’ve only got until July to act.

Senator Joseph Lieberman (I-CT), author of the Cybersecurity Act of 2012—also known as the Lieberman-Collins Act—said Wednesday that after July, Congress will become mired in tax issues and unlikely to make progress on the bill.

“If we don’t take it up in July and see if we’ve got the votes,” Lieberman said in a speech on the Senate floor, “we’re not going to be able to pass this legislation in a way that’s timely and allows us to go to conference, reach an agreement and send the bill to the president.”

Lieberman introduced the bill into the Senate in February.

President Obama hasn’t made an official statement on Lieberman-Collins, though many believe his administration sees it favorably and would be amenable to passing the bill. That contrasts with the other famous cybersecurity bill in the Senate, the Cyber Intelligence Security Protection Act (CISPA).

CISPA passed the House of Representatives in April. It now also waits for a Senate vote.

In April, White House advisors said in no uncertain terms that they wouldn’t agree to CISPA, claiming it doesn’t do nearly enough to protect the privacy of U.S. citizens. However, one of Obama’s most prominent anti-CISPA advisors has since left his counsel, so it’s possible the White House’s stance has changed.

Though a number of prominent companies like Reddit and Mozilla have publicly denounced CISPA, there’s been little public outcry so far about Lieberman-Collins.

However, advocacy groups have claimed both bills could be devastating to Internet privacy. The Electronic Frontier Foundation has warned that the bill would allow Internet companies to “monitor,” user activities, and that that term is defined broadly.

In a previous interview with the Daily Dot, Privacy Is Awesome spokesperson Tiff Cheng said that the two bills are “virtually the same” on privacy issues.

Lieberman’s term ends January 13, and he’s stated he won’t run for reelection. In March he called cybersecurity “absolutely my top legislative priority of this last year.”