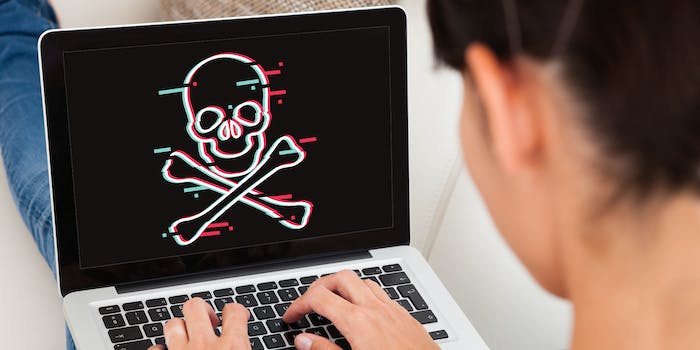 Some 'threats' seem to be satire from fans.

Some of those threats may have been sincere. At least one came from someone who described themselves as a fan and claimed to have been “satirizing” other threats.

Libs of TikTok is an anti-LGBTQ Twitter account run by Chaya Raichik. She routinely accuses LGBTQ people and their allies of “grooming” children, and is a prominent voice in the ongoing wave of conservative attacks on LGBTQ equality and people.

On May 30, Raichik posted about an upcoming drag queen story hour at a public library in San Lorenzo, California. A group of Proud Boys disrupted it over the weekend, shouting homophobic and transphobic slurs and accusing the drag queen running the event of raping children. Police say they’re investigating the incident as a hate crime.

Raichik denied any responsibility. She tweeted on Monday that her incessant posting about LGBTQ Pride events like drag queen story hours is merely a way of “giving free advertisement to beautiful family-friendly Pride events.”

Many nevertheless blamed her for essentially providing a target list to extremists and hate groups.

On Monday, Raichik claimed that the accusations that she inspired the Proud Boys led people to send her “a dozen death threats.”

While some of the threats may have been sincere, others appear to have been arguably ill-conceived jokes. As Matt Binder of Mashable pointed out, one of the supposed threats actually came from a fan.

“The ‘radical leftist’ who supposedly DM’d Libs of TikTok to threaten her was actually a right-wing fan of hers who thought she would get his sarcasm and enjoy his joke,” Binder tweeted.

Screenshots Binder posted show that they tweeted, “It was a joke. I was satirizing similar messages that account received.” They added that they thought Raichik would “be a lot more understanding of [the] joke since that’s what they posted, they would understand the intent behind the satirized message.”

Binder said that another account who supposedly threatened Raichik is actually a “right wing troll.”

“That’s not them or their photo,” he wrote. “They stole that pic from a TikTok & Instagram influencer.”

Others Raichik accused of threatening her have been suspended and received threats themselves. One is currently restricted due to what Twitter describes as “unusual activity.”

“Your time’s limited, tick tock tick tock,” one wrote to a person Raichik accused of threatening her, along with a screenshot of the message they reportedly sent her.

One account that’s since been suspended bragged that Raichik tweeting a screenshot of the message they sent her led them to receive new followers “at an unprecedented rate.”

They later presumably facetiously tagged the Federal Bureau of Investigation, “Hey @FBI I just woke up.”

The irony of Raichik’s fans and clout-chasers sending her ironic threats and then getting targeted themselves by her and her followers isn’t lost on the Twitter community.

“Libs of Tiktok once again crying about death threats whilst inciting violence against teachers, LGBTQ people, anyone who isn’t a conservative, etc.” wrote one.