Two screens are better than one.

If there is one thing no one will ever accuse the LG V20 of being, it’s boring. The field of Android phones is crowded with near identical devices, so LG has thrown every quirk imaginable into its newest handset to see what might stick.

Perhaps the most noticeable oddity about the V20 is its dual screen setup. There is the typical, pixel-packed primary screen—a 5.7-inch Quad HD display that offers 2560 x 1440 resolution—but above sits what appears at first to be a considerable amount of unused space given more and more devices are going bezel free with edge-to-edge displays.

But that area isn’t a dead zone, it’s the V20’s secondary ticker display. On it, users will be able to view notifications and alerts, including the ability to quickly reply to view and reply to messages. The second screen also acts a sort of shortcut menu, offering access to settings, apps, calendar events, and media controls on the fly. Essentially, it’s a permanent fixture version of the Android notifications center that is typically available via drop down menu.

While the ticker display may be the most prominent of the V20’s eccentricities, it is not the oddest one. That belongs to the device’s emphasis on audio. In an era where people snap photos and videos by the gigabyte, the LG V20 is a device for audiophiles.

The company brags that it’s the world’s first smartphone to offer 32-bit Hi-Fi Quad DAC (digital to analogue converter)—essentially the piece of hardware that converts the 1s and 0s digital audio files exist as and turns them into something you can listen to.

The device offers support for lossless music formats and super-specific settings to tweak. To put it in the most layman of terms possible, it means music sounds good coming from the V20.

It also will sound good going into the device, thanks to the device’s HD audio recorder—a three microphone system that can capture sound in a way conventional smartphones can. LG claims the device is good enough to capture audio “suitable for auditions,” just in case you have a gig to try out for coming up on your schedule (or a concert to bootleg). 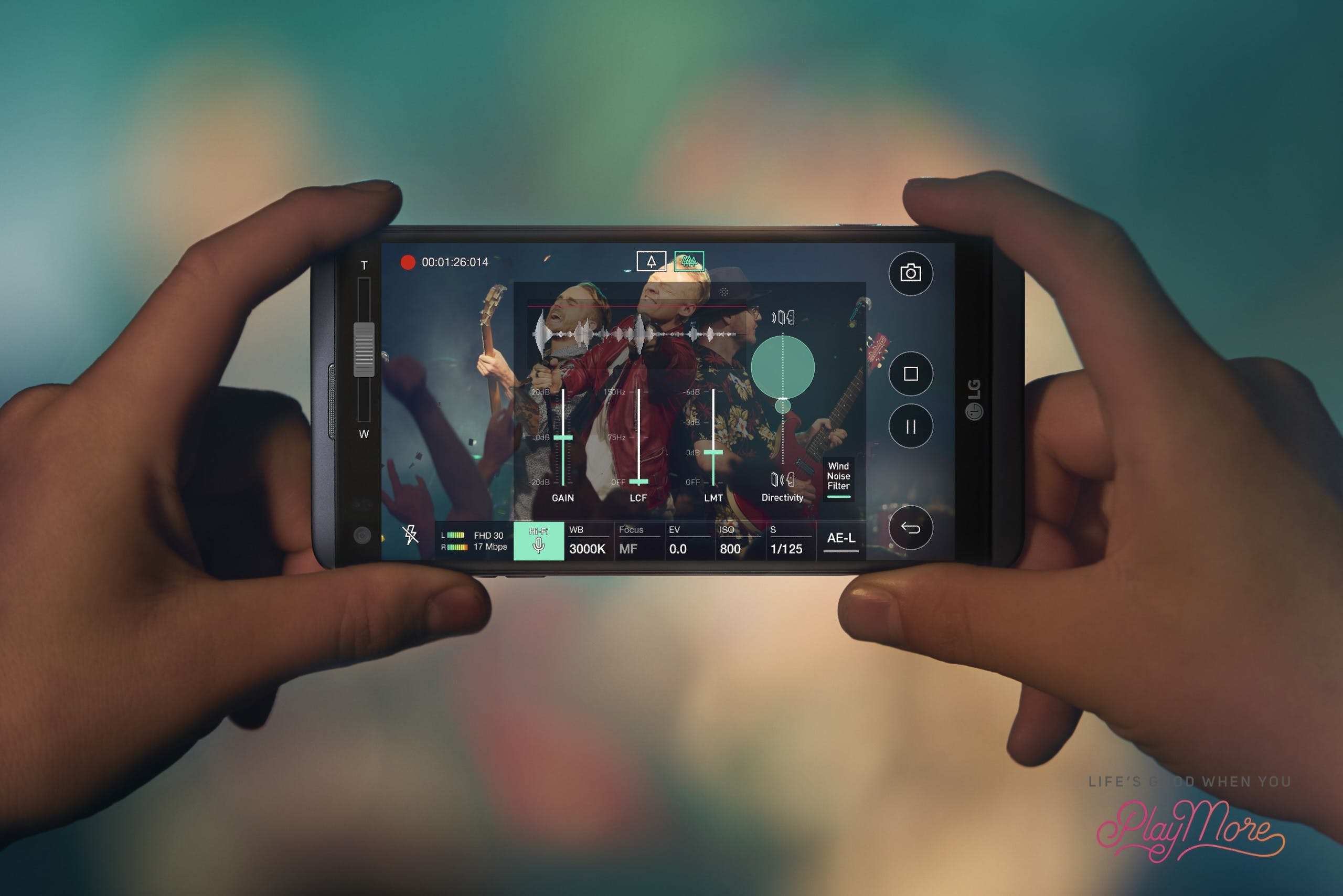 LG hasn’t completely ditched the visual component, either; the Korean company has equipped the device with wide angle lenses on both front (a 5-megapixel sensor) and rear (16-megapixel) cameras. On the software front, it’s added a new electronic image stabilization feature and Hi-Fi video recording capabilities.

Of course the V20 has the specs that one would imagine a new Android smartphone to sport: a Qualcomm Snapdragon 820 processor, 4GB of RAM, 64GB of internal storage, and a removable 3200mAh battery. It’s also the very first Android device to ship with Android 7.0 Nougat on board.

Still, it’s the more peculiar features rather than the typical ones that draw the eye to the V20. That’s likely what LG is banking on to make this device with a secondary display the primary choice for folks in the market for a new smartphone.