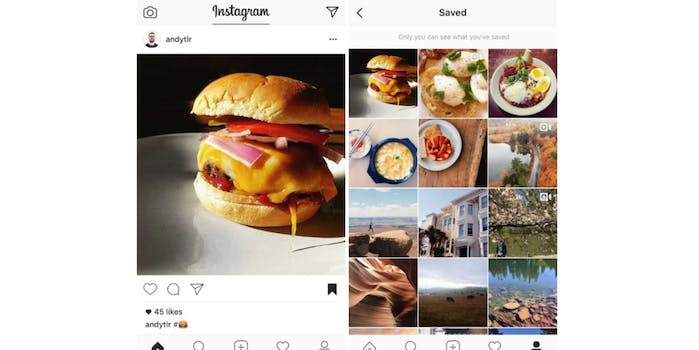 Before signing up with just about any app or social network, you’ve first got to check off that you’ve read and accepted a verbose tangle of legalese known as the terms of service agreement.

That is now changing thanks to one helpful government initiative.

In Instagram‘s case, its TOS spans more than 5,000 words—more than seven printed pages. After interviewing a handful of the app’s teenage user base and realizing kids A) had never read it and B) didn’t understand the text if they did, Jenny Afia, a U.K.-based privacy lawyer, and her colleagues rewrote Instagram’s TOS as a straightforward, single page list.

The effort was done as part of the report Growing Up Digital, written by the Children’s Commissioner for England taskforce.

“We believe that government and civil society have a role in demanding more transparent corporate behavior and better online conditions for children and teenagers,” the report explains.

In its research, the Growing Up Digital Taskforce found that teens typically haven’t read Instagram‘s terms of service, and when they were forced to, proclaimed it “boring” and lacking clarity.

Here’s how one section of Instagram’s TOS read originally:

“You represent and warrant that: (i) you own the Content posted by you on or through the Service or otherwise have the right to grant the rights and licenses set forth in these Terms of Use; (ii) the posting and use of your Content on or through the Service does not violate, misappropriate or infringe on the rights of any third party, including, without limitation, privacy rights, publicity rights, copyrights, trademark and/or other intellectual property rights; (iii) you agree to pay for all royalties, fees, and any other monies owed by reason of Content you post on or through the Service; and (iv) you have the legal right and capacity to enter into these Terms of Use in your jurisdiction.”

Here’s how it reads after the rewrite:

“It will be assumed that you own what you post, and what you post does not break the law. If it does, and you are fined, you will have to pay that fine.”

After rewriting it in these terms, the same teens surveyed in the report said things like, “if they made [the terms of service] more easy [to read] then people would actually read it and think twice about the app.”  One even proclaimed he was going to delete the app altogether.

You can see the full rewritten terms of service on page 10 of the report.

Interestingly, Facebook, Instagram’s parent company, has actually already done this sort of TOS revision itself. While it’s still lengthy, its legal terms are written in plain, easy-to-understand English. Portions of Instagram’s terms (namely its “Basic Terms”) are written this way, but its “General Conditions” and “Rights sections,” which spell out more of the nitty gritty, get exceedingly convoluted.

The report hopes to shine a light on the problem that children, in particular, are using these apps with almost zero knowledge of what rights they are signing away.