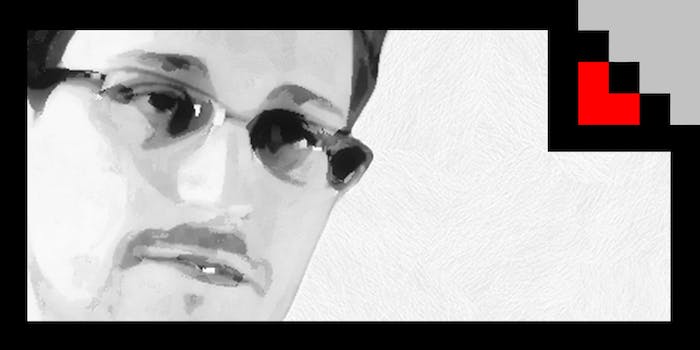 “In fact, the FBI agents even admitted their intention to collect passwords in transit so they could access emails protected by Lavabit’s encrypted storage feature."

It’s long been hinted at, but now confirmed. When Lavabit—regarded as possibly the most secure email service in the world—abruptly shuttered in August, it was in direct response to the government investigation of Edward Snowden.

Snowden, the former National Security Agency contractor who left the U.S. with scores of agency documents, was established as a Lavabit user in July after a Human Rights Watch employee posted an email from him on her Facebook account. Just under a month later, Lavabit founder Ladar Levison announced that he was closing the company indefinitely, directly as a result of government intrusion.

He didn’t clarify the exact reason; government requests for electronic communications are usually classified, and come with explicit legal instructions to keep quiet. But he left a chilling warning on his website: “If you knew what I know about email, you might not use it.”

But finally, with newfound court permission, Levison went public Wednesday evening. He posted on his legal defense fund website that the government had gone overboard in requesting information on “several Lavabit user accounts.” He clarified to the New York Times that at least one of those accounts was indeed Snowden’s.

That alone wouldn’t have meant the end of Lavabit. Levison said he’d complied with around two dozen other federal demands for individual user information. (Facebook, by contrast, received government requests for more than 18,000 accounts in the second half of 2012 alone.)

The real reason he closed shop, Levison said on his defense fund site, is that Judge Claude Hilton ordered him to give up the very encryption keys to his site. He fined him $5,000 a day in contempt of court as he refused.

Other documents leaked by Snowden have established that the NSA, which can share information with the FBI, can access much of the Internet’s traffic, though it still has trouble with strongly-encrypted communications.

“In fact, the FBI agents even admitted their intention to collect passwords in transit so they could access emails protected by Lavabit’s encrypted storage feature,” Levison wrote.

Levison’s still fighting that court order. His defense fund notes that without the site, he’s lost his main source of income. He’s currently raised $56,485 out of his goal $96,000.