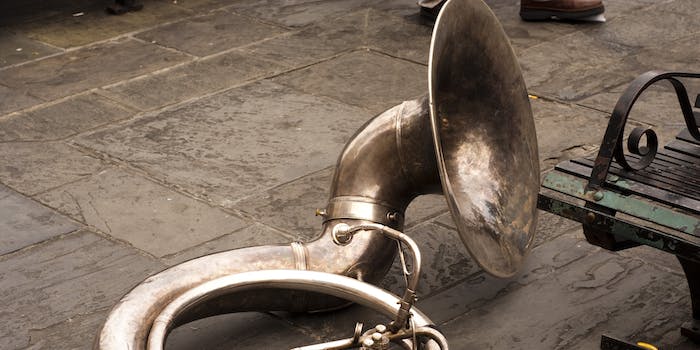 Sometimes the best response to a hate group is just outright mockery.

The KKK‘s Confederate flag protest in South Carolina was an odd combination of disturbing and embarrassing, but there was a silver lining in the form of one incredible troll.

The white-supremacist group showed up outside the state Capitol to protest the removal of the Confederate flag from a government memorial, at one point clashing with members of the New Black Panther Party. As situation grew more and more tense, a local musician devised a unique way of defusing the situation: He followed the KKK protesters down the street while playing a sousaphone.

By the way, he was playing the same mocking tune played by Stewie in this Family Guy clip.

It’s very difficult to appear intimidating when you’re being followed around by a soundtrack of comical sousaphone music—which is exactly what this American hero was thinking when he started playing.