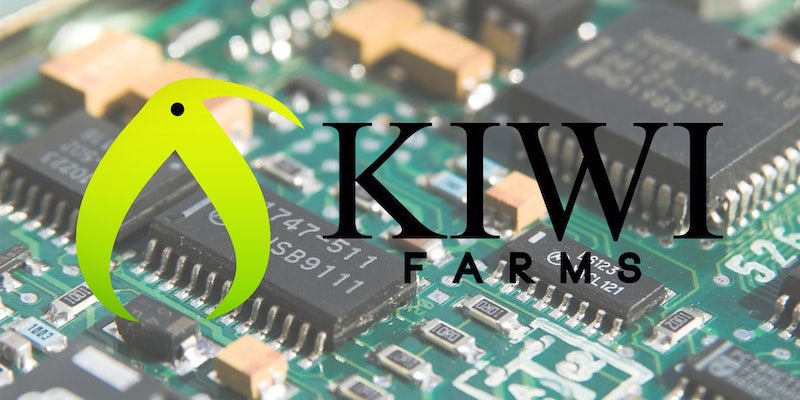 The notorious internet forum Kiwi Farms says it intends to shut down if a repeal takes place of Section 230, the law that gives immunity to online publishers from content posted by users.

In a post on Thursday, owner and administrator Joshua Conner Moon, known on the platform as Null, warned that President Donald Trump’s efforts to repeal the law could result in Kiwi Farms going offline.

“President Donald Trump has announced he will not renew a crucial spending bill without a total repeal of Section 230 of the Communications Decency Act,” Null wrote. “This gesture is receiving some bipartisan support and I now believe that he will succeed in his endeavor.”

While Trump has long railed against social media companies and Section 230, the animus reached a fever pitch on Thanksgiving after a joke on Twitter led the president to accuse the social media site of manipulating the trending topics section.

The term #DiaperDon had begun trending after a photo of Trump sitting at a comically-small desk began spreading on the platform.

The famously thin-skinned president lashed out in response, demanding that Section 230 be repealed.

“Twitter is sending out totally false ‘Trends’ that have absolutely nothing to do with what is really trending in the world,” Trump tweeted. “They make it up, and only negative “stuff.'”

Null also feared that even if Trump were unsuccessful, President-elect Joe Biden could very well kill Section 230 after taking office.

“President-elect Joe Biden has stated identical intentions,” Null said. “I do not expect he will meet opposition from within the government on this issue.”

Kiwi Farms is often referred to as the “biggest community of stalkers” on the internet and has been involved in countless incidents of doxing and harassment online.

If Section 230 were actually to be repealed, Moon could very well be held accountable for his user’s actions.

“I have explained in the past that if Section 230 of the CDA were repealed in full I would time the closure of the site with it being signed into law,” Null added. “This was not a joke.”

Citing numerous lawsuits the site is currently engaged in, Null further argued that the removal of Section 230 would be disastrous for Kiwi Farms.

“Without Section 230, I would be forced to fall back on more conventional (and time consuming, and therefore expensive) legal crafting, which argues the merits of each claim instead of just relying on the absolute defense that Section 230 has provided all of the internet for almost 25 years: that this website is a platform, and claims which are not my words are not my problem,” Null said.

While Trump very well may attempt to hold up legislation, the likelihood that Section 230 is repealed in full is remote. The majority of support for such a move appears to come almost entirely from fervent supporters of the president, who may be unaware of what Section 230 actually entails.