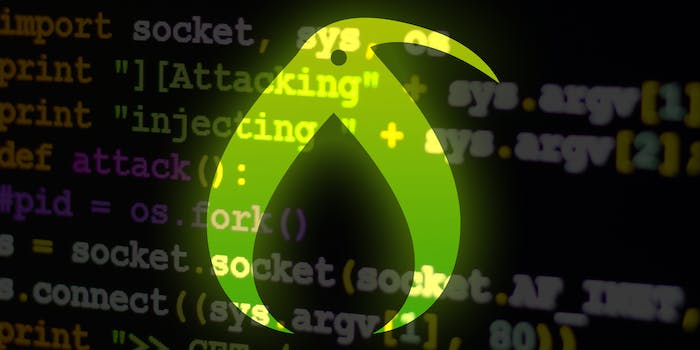 Its creator said he was contacted by a 'Russian extortionist.'

On Tuesday morning, Kiwi Farms’ homepage was replaced by a message from its owner and administrator, Joshua Conner Moon, better known on Kiwi Farms as “Null.” On the front page, he announced that Kiwi Farms was undergoing a “sustained DDoS attack of 1Gbps for several hours.” Kiwi Farms’ two backup sites were also down at press time despite being hosted without Cloudflare.

“I am trying to sort out a long-term solution with them and other peers who can filter traffic more effectively,” Moon wrote on the site’s homepage.

Moon said he does not “focus on who or why” created the attack as he doesn’t “care about mad hoes or their mad hoe logic.” But he asked users to donate money via cryptocurrency because it “is far cheaper to launch a DDoS than to mitigate it.”

Moon told the Daily Dot that he was contacted by a “Russian extortionist” requesting 3 Bitcoins per month, or approximately $35,175. He declined to share a list of “demands” that he received before the DDoS attack but shared a message from a Russian anti-DDoS service claiming it could withstand “100 Tbits” worth of data. It remains unclear if the two messages are connected.

Kiwi Farms is a successor to the “CWCki Forums,” a site infamous for tracking and trolling internet celebrity Christine Weston Chandler, better known as “Chris-Chan.” While the Kiwi Farms community collects information on internet celebrities of all political followings and mocks them, the site has become notorious for its threads on left-leaning targets, including trans women, queer internet personalities, and marginalized game developers. Transgender game developer Chloe Sagal committed suicide in 2018 after facing sustained bullying by Kiwi Farms over five years. Kiwi Farms users misgendered her, deadnamed her, and mocked her death.

After the Christchurch mosque shootings, Moon posted the shooter’s live video and manifesto to the site. More recently, he shared a leaked database containing the personal information of over 2,000 games journalists after it was accidentally shared by the Entertainment Software Association. Moon said the current downtime “sucks because it hurts the community,” given that it’s a “busy time right now” on the internet.

“We do have in-home DDoS protection but I’m having trouble reaching my datacenter’s staff. I’m in talks with other people interested in long term alternatives to Cloudflare so it’ll get sorted eventually. Other alternatives will include buying more capable hardware and just dealing with it myself. I may end up crowdfunding for that,” Moon told the Daily Dot before closing with a cryptic statement: “People ought to be careful what they ask for.”

Update 4:02pm CT, Aug. 6: Just before 4pm CT, Kiwi Farm’s main URL came back online. While certain services are still down, such as its search feature, users can post on the site again. At the time of writing, the site’s backup URLs remained offline.