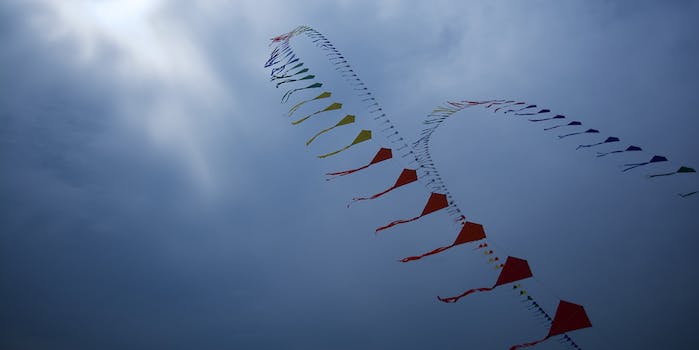 Make your parents happy and use Kitestring, an app that checks in on you

Make sure your friends know if a charismatic but villainous blind date ends up holding you hostage.

Listen, we are all grown ass people who take care of ourselves. But as a television character once said, the night is dark and full of terrors. When you plan to go out at night alone or meet up with someone you don’t know, there are so many worst-case scenarios to consider. The big one being: What if a stranger or this new person who is basically a stranger decides to assault or murder me? It might sound like a leap, but it’s unfortunately not.

Women are targeted by men at especially high rates, so even the most confident, assertive woman has reason to feel unsafe in certain situations. And Kitestring wants to help ease these fears: It checks up on its users at set intervals. It can’t stop you from getting mugged, but it can let your mom and dad and very burly friend Paul know something’s wrong.

People who use the service give Kitestring a list of emergency contacts, and provides a customizable message to send the contacts. Before heading out for a solo adventure or another outing where exercising caution seems prudent, users can preset Kitestring so it sends an SMS at a certain time. When users receive the message, they reply, so the service can confirm that nothing bad has happened. If there is no response, Kitestring automatically sends the message to the emergency contacts. Users can adjust the text time or check-in early.

For people who accidentally forget to charge their phones before leaving the house, this sounds like it could create a panic, but if you’re responsible enough to download and use Kitestring, you can probably figure out a way to charge your phone before emergency messages get sent out.

Hookup apps like Tinder have become more popular, and they facilitate meetups between people who don’t know each other well. It might seem paranoid to prepare in case your Tinder date turns out to be a Patrick Bateman wannabe, but even if the chances of using the app are slim, it will provide peace of mind.