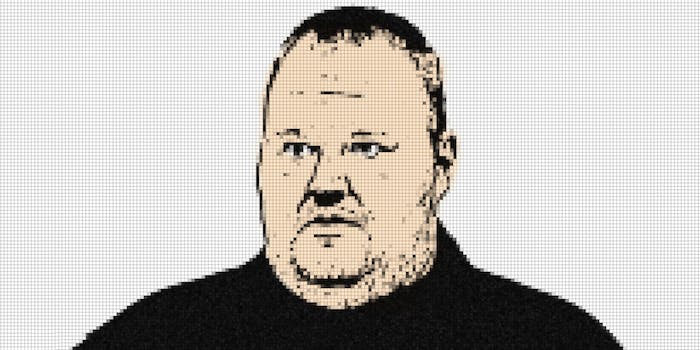 The founder of Megaupload will have to stand trial after all.

Despite his lawyers’ best efforts, jovial entrepreneur and alleged copyright-infringement mastermind Kim Dotcom will face extradition to the United States.

The German-born New Zealand resident and three people who helped him create and run the file-storage site Megaupload will head to court over charges that the site facilitated mass copyright infringement. The four have also been charged with money laundering.

Dotcom vaguely alluded to the proceedings on Twitter Sunday.

Today we'll find out if I get a fair extradition hearing or if the New Zealand judiciary will transform itself into a US owned dancing bear.

The legal drama surrounding Dotcom and Megaupload is a circus, beginning with a high-profile helicopter raid on Dotcom’s sprawling New Zealand mansion in 2012. Dotcom has since founded something of a sequel to his site, called Mega; had millions of dollars in assets seized by the U.S.; had those assets returned; dropped an album; and separated from his wife,