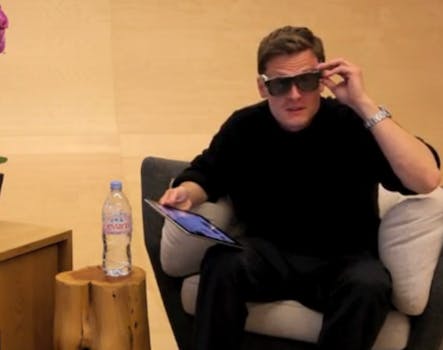 Some backers theorize that the Kickstarter saw striking similarities in the project to ZionEyez's recent $344,000 scam.

ZionEyez’s $344,000 scam continues to wreak havoc on the Kickstarter community.

The latest victim: Vergence Labs and its YouGen.tv eyeglasses, a likeminded project that promised backers a pair of glasses that could record high-definition video in realtime and post directly to social sites like Facebook and Twitter.

But Kickstarter canceled the project 38 hours before the campaign was complete, offering no explanation to the Vergence team or the project’s backers. (Kickstarter explains in its FAQ that it does not comment publicly on moderator actions for legal and privacy reasons.)

Backers took to the campaign’s comments page with opinions and conspiracy theories shortly after news of the cancellation broke. Some suggested that the project had been hacked, others held out hope that Kickstarter was mistaken in its cancellation and that the project would be revived shortly after a connection between Vergence and the popular crowdfunding site had been made.

The most popular conspiracy, however, was tied to Vergence’s recognition of the ZionEyez project. The campaign’s pitch made no mention of the $344,000 scammers, but a Monday update to the page announced the arrival of a “Buy One, Get One Free” reward that would provide any scammed ZionEyez backer a free second pair of YouGen.tv glasses if the supporter sufficiently backed Vergence’s project and could prove that they’d originally pledged money towards a pair of ZionEyez glasses.

“We are doing this because we’ve calculated it all out and are 100% confident that we can deliver this special offer to the percentage of the community who are past ZionEyez contributors who have lost hundreds of dollars to this project,” the team wrote.

“We want to help Kickstarter with a positive and goodwill effort and show a faith to this amazing community of people who care about the future of computer enabled eyewear.”

That mention had backers thinking that Kickstarter suspected foul play.

“I was excited about Vergence, but when I started getting multiple emails from them shitting all over someone else’s project, I started to feel iffy about the whole situation,” backer Tasha wrote. “They were riding the drama llama, and it was immature and grating.”

“If it was the Zion comments, maybe the better route to take would’ve been to simply offer the Zion folks a price guarantee once the glasses were made,” backer William Henry added.

Left with a canceled campaign and little in the way of legitimate answers, Vergence has taken its idea to crowdfunding alternative Indiegogo, where Rodriguez and Miller have already managed to raise $19,000 of their $50,000 goal:

“We are theorizing that Kickstarter may have had misaligned incentives and when they saw our project succeeding (the last few days it was shooting up the charts) they decided to take the only aggressive action they could and cancel us. … “It’s the only thing we can figure out. Specifics have not been disclosed & it’s part of their policy not to. Perhaps they are friends w/ one of our competitors? Honestly we don’t know.”

Nobody does, actually, and it’s looking like it’s going to take one hell of a refined pair of glasses to get a clear picture.