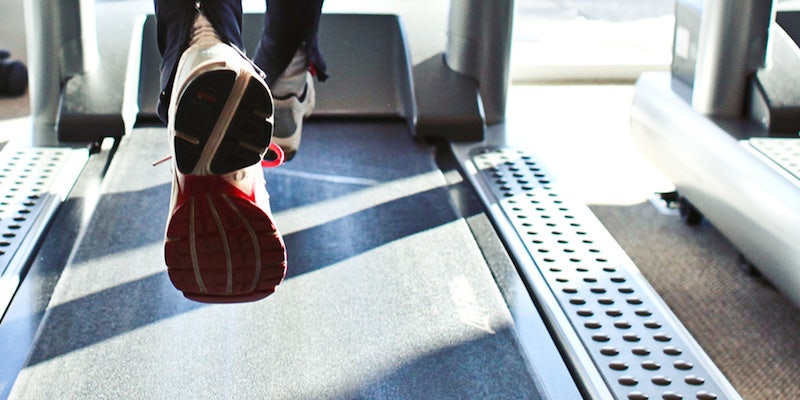 Meet kGoal, the Fitbit for your vagina

The “interactive training system for pelvic floor exercises” has just launched a fundraising campaign on Kickstarter.

If you’re a Sex and the City or Arrested Development devotee, you know the importance of exercising your Kegels, the pelvic-floor muscles that help increase sexual pleasure for women and reduce incontinence and premature ejaculation for men. (Even if you don’t know any of this, it should just be fun to say the word “Kegels.” Kegels. Kegels. Kegels. See, we’re having a grand time already.)

Although most men and women are familiar with the concept of Kegel exercises, most people don’t do them that often. It’s easy to forget and it’s often distracting if you try to do them at the wrong time. (True story: I used to do them in 11th-grade trig, and I got a D+ that year).

But what if there was a smart device that could help you give your Kegels a workout while you’re feeding the dog or driving the kids to soccer practice or taking a conference call with your office’s HR team? Pretty soon, there will be—with kGoal, an “interactive training system for pelvic floor exercises” that’s currently raising funds on Kickstarter. Nerve is calling it a “Fitbit for your vagina,” and that’s not super far off the mark.

Created by the sexual health product startup Minna Life, kGoal is a smart, flexible silicon pillow that you insert in your vagina before you do your Kegel exercises. The pillow tracks the intensity of your vaginal contractions as you clench and unclench, and there’s also a vibrational motor that provides “feedback” during your exercises.

While you might like the sound of that, ladies, Minna CEO Brian Krieger wants to make it plain that kGoal is not a sex toy: The vibrational motor is intended to provide “real-time biofeedback” during your exercises, so basically the more often you do Kegels, the better you’ll be at them, and the more you’ll reap the rewards.

While you’re doing your Kegels, kGoal also connects to an app that communicates with and controls the device wirelessly. The app measures how many “reps” you’ve done and what the duration of an average “squeeze” was. It also keeps track of your previous workout sessions, such as how many Kegels you did the previous day, creating the effect of a “personalized gym, physical therapist, and tracking system” all rolled into one. 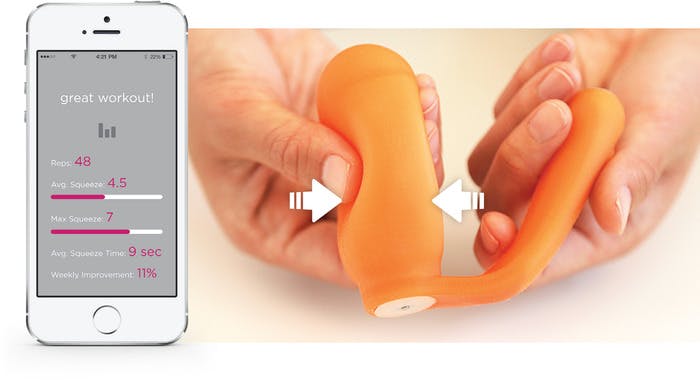 All of this sounds very scientific and like it’d be a real boon for women’s health, but the question is, what exactly are the concrete health benefits of doing Kegels for women? Most Kegel exerciser marketers tend to discuss the importance of pelvic floor exercises in the context of the benefits they yield for our partners. The message seems to be that doing Kegels makes you “tighter” down there, and thus more desirable to a male sex partner.

“Got a well-pounded vag?” the marketing for other Kegel exercisers, like vaginal weights and barbells, seems to be asking us. “Worried that having sex with you feels like tossing a broomstick into the Grand Canyon? Just try these vaginal weight or barbells and you’ll never have to worry about your husband leaving you, because you’ll be snug as a bug down there within seconds.”

But kGoal differs from other Kegel exercisers in that it focuses less on how tightening your pelvic muscles benefits your sex partners, and more on how it yields direct health benefits for female users. Krieger says not only does kGoal help improve “sensation, orgasm quality, arousal … and general sexual experience” for women, but it also helps reduce incontinence, an issue that more than 76 percent of women will deal with in their adult lives. Plus, how naughtily thrilling would it be to wear one of these things at work? You could be sitting in your cubicle signing a Happy Birthday card for your boss, and no one would ever know you’ve got a buzzing silicon pillow up your cooch.

If Minna Life’s technology-driven approach to women’s health sounds compelling to you, head on over to the Kickstarter, which has raised approximately $4,000 of its $90,000 goal. The campaign ends in August, but in the meantime, you can get a head start on the kGoal by doing a few reps of Kegels in the office today. Don’t worry. It’ll be our secret.