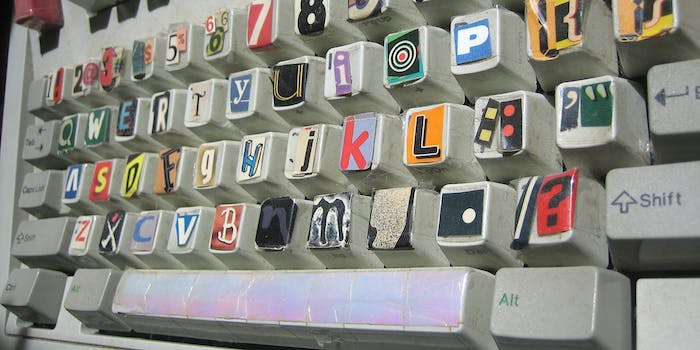 If you're worried about companies building a typing behavior profile of you, this is the extension to install.

The way you type says a lot about you—so much so that companies can use typing behavior to identify specific people across multiple websites with shocking accuracy. This has been known for over a decade, but now there’s a new tool that can foil typing trackers and help you maintain your privacy no matter how you use your keyboard.

Keyboard Privacy is an aptly named Google Chrome extension that randomizes the rate at which the characters you type reach the website you’re visiting. The extension’s authors, information security consultant Paul Moore and hacker Per Thorsheim, hope this will throw off anyone tracking your typing patterns.

Thorsheim, the founder of the hacker conference PasswordsCon, told Net-Security.org that he came up with Keyboard Privacy when he realized that typing behavior could identify users even if they were hiding on anonymity networks like Tor.

“I created and trained a biometric profile of my keystroke dynamics using the Tor browser at a demo site,” Thorsheim said. “I then switched over to Google Chrome and not using the Tor network, and the demo site correctly identified me when logging in and completing a demo financial transaction.”

“As soon as somebody manages to build a biometric profile of your keystrokes at a network/website where you are otherwise completely anonymous,” he continued, “that same profile can be used to identify you at other sites you’re using, were identifiable information is available about you.”

Thorsheim and Moore are also working on a Firefox version of their extension.