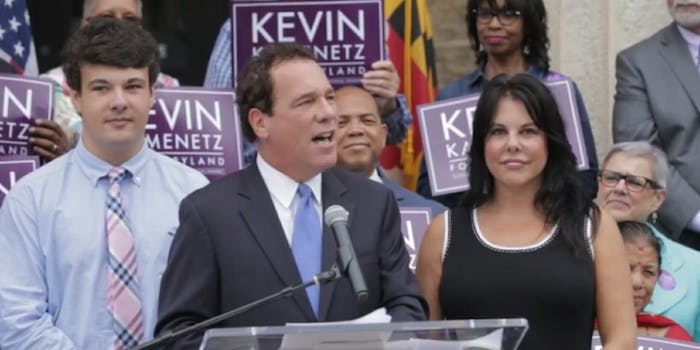 Kevin Kamenetz, a Democrat running for governor in Maryland, died on Thursday shortly after participating in a candidates’ forum, according to reports.

Kamenetz, who served as Baltimore County’s County Executive, was one of several Democrats attempting to run against Republican Governor Larry Hogan. He died after suffering from cardiac arrest, the Washington Post reports. He was 60 years old.

Authorities said the county executive woke up in his home around 2am ET on Thursday and complained about feeling ill. He was taken to a local hospital and pronounced dead just over an hour later.

Kamenetz served in local politics for 24 years, according to the Baltimore Sun.

His aide, Don Mohler, told the newspaper he was “numb” after hearing the news.

In a statement, Gov. Hogan expressed his condolences to the former county executive’s family.

“The First Lady and I are shocked and grieved by the sudden passing of Baltimore County Executive Kevin Kamenetz. Our prayers go out to his family and many loved ones this morning,” he wrote on Twitter.

Authorities said more information would be released on Thursday afternoon.