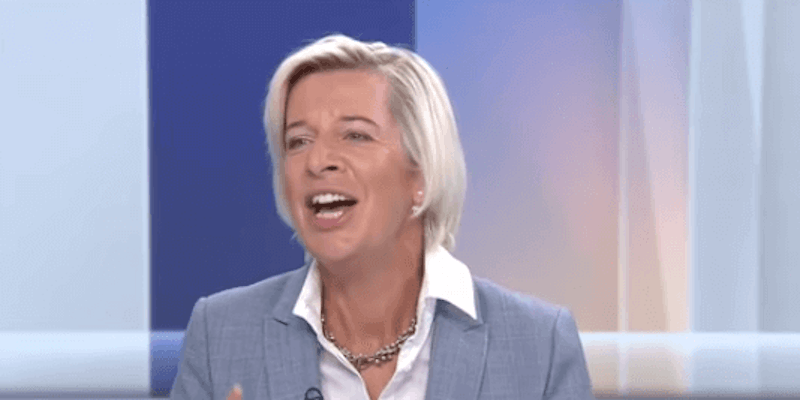 Or so it seemed.

A Parler account bearing Hopkins’ name, old Twitter handle, and likeness was registered on June 19 and quickly verified, according to Twitter user @TheAnonGuide, which claims responsibility.

They asked for donations to a legal fund to sue Twitter for booting her, allegedly collecting $500 before Parler took the account down. They said the funds would be donated to Black Lives Matter organizations.

Hopkins has repeatedly been accused of racism. Some of her final tweets reportedly mocked the Black Lives Matter movement.

“I am a Straight. White. Christian. Conservative. Married. Mother. of three. And I am PROUD of all these things,” Hopkins reportedly tweeted last week. “Get off your knees to the thuggery #BlackLivesMatter.”

The Daily Dot emailed the address on the screenshot requesting comment and asking how the account came to be verified; Parler’s stated policy requires pictures of both sides of a driver’s license and a selfie. The email address matches one Rhodes tweeted on June 21.

Rhodes had not responded as of press time.

According to Hopkins’ current, and apparently real, Parler account, she joined on June 20, a day after the other account with the same handle was established and verified.

In a screenshot tweeted by food writer Jonathan Nunn, Parler founder and CEO John Matze wrote on the platform that the “fake account was verified by an employee improperly.”

Matze added that Parler was taking steps to ensure such didn’t happen in the future, and was in touch with Cash App and Venmo about the funds that were reportedly collected.

“We have the IP address and identifiable information for those that committed the act,” he said.

Matze’s post appears to have been deleted. On June 20, he welcomed Hopkins to Parler and wrote that he can “personally confirm this is now the official account for Katie Hopkins.”